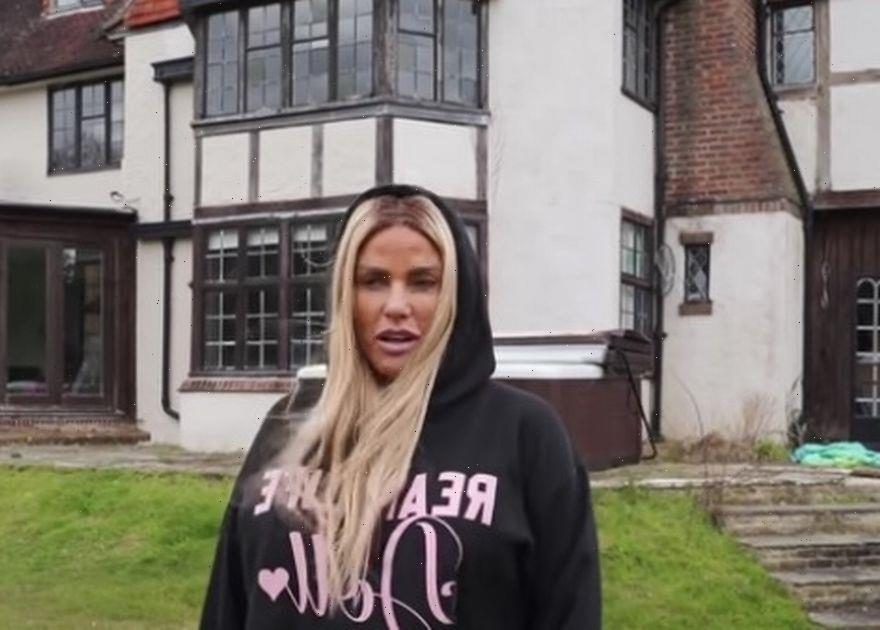 Katie Price is in advanced stages of talks to bag herself a new TV show.

Pricey, 42, is reported to be working with a production company to film the renovation of her self-proclaimed Mucky Mansion.

The £1.2million home has fallen into a state of disarray after years of neglect.

Katie moved out of the home after hitting rock bottom and for a while was unable to even step foot in the property.

Ever the businesswoman, Katie is hoping a TV deal in the style of 00s hit Changing Rooms will help fund the project of renovation.

A source said: "Because the house is such a wreck, it would be a real transformation.

"She'd be doing it all, showing fans how they can transform their home for not much money, but with Katie's clever hints and tips."

The insider added to The Sun: "Everyone knows she's hilarious on camera, so everyone's sure a TV channel would jump at the chance to stump up the cash and get behind the project."

Katie recently returned to the property to check out the damage with partner Carl Woods for her YouTube channel.

The once lively family home is now a sorry state of peeling plaster, dirty floors and scattered empty boxes.

Even the home's large garden's and stables are falling into a state close to non repair.

During one clip Katie admits one idea was to knock the property down and start again but Carl is keen for her to give it another chance.

Katie's departure from the mansion was so quick that half-used toiletry bottles still litter the bathroom.

But it's beyond simply litter and peeling plaster.

The ceiling in the kitchen has collapsed after a second water leak.

Speaking about the West Sussex property, Katie said: "This is my house that I don't live in at the moment because of all the fly tipping that was done.

"Everything was stolen, it was burgled twice in a row and my ceiling has collapsed where they left the tap on."

She added: "I hate it, I just hate it. It looks ransacked.

"I can't live in a place like this, this is what someone did to my house deliberately.