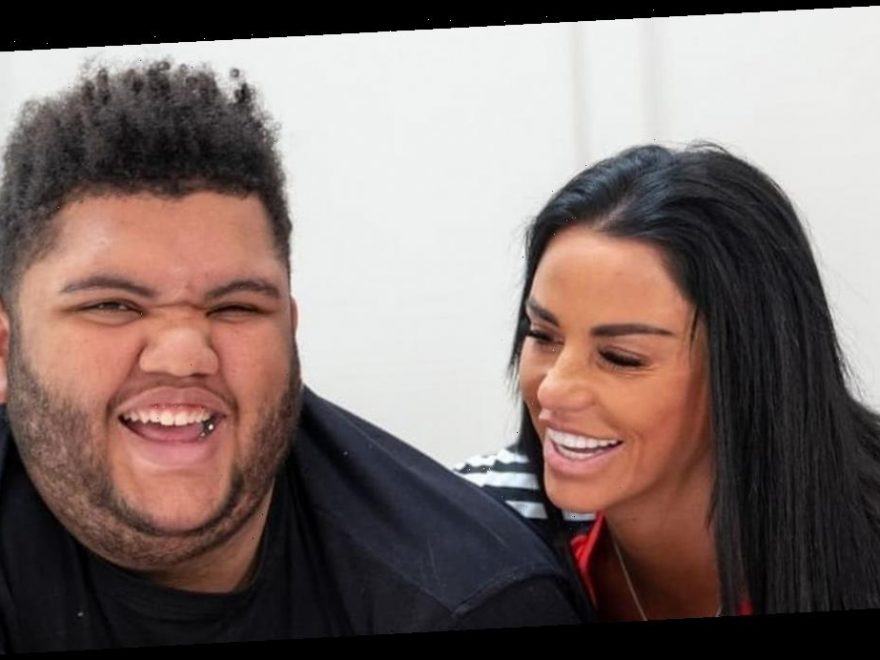 Katie Price has urged people to get vaccinated for coronavirus after her disabled son Harvey was rushed to hospital on Saturday night after having an extreme reaction to the jab.

Harvey, who has a number of disabilities, including septo-optic dysplasia and Prader-Willi syndrome, had a "unique" reaction to his jab, according to doctors.

But the former glamour model told yesterday that Harvey, 18, is "all good" after returning home as she shared a clip of him relaxing at home.

Katie emphasised the need for the vaccine in an interview as she paid tribute to the NHS.

She told The Sun: "I am in awe of the NHS – they are amazing, without them Harvey would not be here today.

"I don't want anyone worrying about him as he's fine now at home eating carrot cake.

"Despite Harvey's reaction, he is one of a kind, the Covid jab is so important especially for those in high-risk categories.

"I am so much happier in the knowledge Harvey is safer now he has had his."

Her rep added to the publication: "Katie would like the medical authorities to consider those with complex and rare conditions should be vaccinated under strict medical supervision and monitored for 24 hours as their immune systems can react differently.

"Treatment can then be administered immediately. This would be subject to the resources being made available for this."

In the Instagram clip the teenager said he is "so happy" as he thanked well-wishers for their kind words and told them he loved them.

The 18-year-old was taken to the emergency department on Saturday evening, having suffered from a high temperature of 39.9 degrees.

When Katie realised she couldn't bring down Harvey's temperature, she took him straight to the nearest hospital, where he underwent a number of tests.

On Sunday afternoon, reassuring fans Harvey had recovered, Katie shared a video with her son from the sofa, keeping fans updated on his condition.

She said: "Just had a reaction. Now the reaction was a really really high temperature. 39.9.

"And obviously with Harvey, I have to really keep an eye and I couldn't get his temperature down."

Katie recently confirmed that she and Harvey would be shooting a follow-up to BBC documentary Katie Price: Harvey & Me.

The teenager has also been told that he can make some special train announcements after his passion for trains was shown in the moving show about his condition.