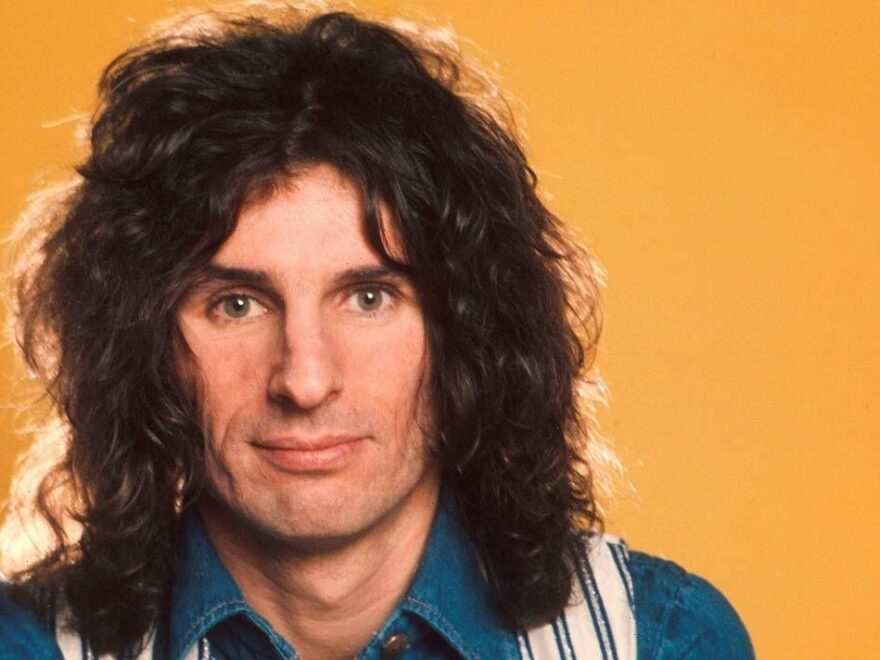 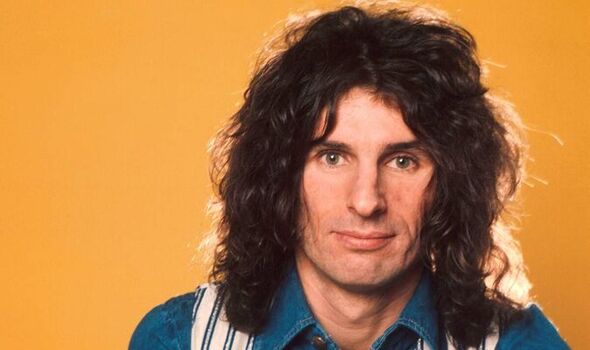 To this day, that tragedy remains a blur. In 1973, Slade were at number one with Skweeze Me, Pleeze Me and had just played the gig of their lives at London’s Earl’s Court when 26-year-old Don and his fiancée Angela Morris were involved in a car crash.

Angela was killed. Don broke both legs and five ribs, smashed his teeth and suffered brain damage so severe that he underwent drilling to relieve pressure. He was unconscious for a week.

When he returned to work soon afterwards, he had to be lifted on and off his drum kit. He never regained his senses of taste and smell, and still suffers from short-term memory loss.

Small prices compared to the loss of his bride-to-be. How the grief over her death must haunt him? “It doesn’t actually,” shrugs Don. “It’s a terrible thing to say, but at first, I had no recollection of her.

Not until my dad explained about the accident and who Angela was. Desperate to remember, I saw a neurologist in New York. “‘Don’t try,’ he urged. ‘There’s no point. Your brain has wiped the trauma and picked up where it left off. Stop tormenting yourself. Accept it. It’s gone’.”

Don took his advice. But the after-effects have persisted. “I still wake up in the mornings and can’t remember where I am,” he admits.

The 2018 collapse took him back to the crash four decades earlier because he had never been in hospital since. “Not in all those years had I been sick or injured.

“So the new trauma was caused by being hospitalised. It triggered something in my brain.”

Did the knee injuries date back to his car crash? “Not at all,” insists Don. “The specialist knew I was a drummer. He told me that kind of injury normally happens to footballers and athletes. My tendons snapped because I play like a maniac, with my legs as well as my arms.

“They used to call me ‘Animal’, after the drummer in The Muppets.”

All in all, perhaps par for the course in a life more dramatic than most. But Don has heeded the warnings. He’s in the gym at 5.30am every morning, running 7.5miles on a machine and putting himself through a rigorous stretching routine. There have been no further repercussions. He is unusually active and mobile for his age.

Don performed with bands the Vendors and ‘NBetweens before co-founding Ambrose Slade with fellow musicians Noddy Holder, Dave Hill and Jim Lea in 1966.

Abbreviated to Slade, their six UK number ones and 24 Top 40 hits with gimmicky misspelt titles such as Mama Weer All Crazee Now and Coz I Luv You made them the most successful British group of the seventies.

They plugged the gap left by the Beatles and attracted fans in droves, decked out in copies of their idols’ eccentric garb. Japes and scrapes ensued. Hotels would eject them, unable to handle the hoards and hysteria.

At London’s famous Rainbow Theatre, they were refused entry to their own after-show bash; though they were still dressed in their seventies stage garb, security failed to recognise them.

Though Holder and Lea left the line-up in 1992, Powell and Dave Hill soldiered on. Until the latter wrote to Don in 2020, informing him he was no longer Slade’s drummer.

“Out of the blue I get this email telling me I’m out. I tried desperately to get hold of Dave, to find out why he’d dumped me. He never got back. I’ve given up, now,” he admits. “He’s got his own Slade again. New members. I had to get on with my life, the worry was killing me.”

It almost did. Three weeks after Dave’s email landed, Don, who has three adult step-children and six grandchildren, who know him as “GrandDon”, suffered a stroke.

“I have no doubt it was because of that email. Thank God my step-daughter, a doctor, was with us at the time. I was trying to pick my cup up, and must have looked funny. Emilia clocked it and went, ‘Get him to hospital!’”

He recovered, but was never out of the woods. Relaxing at home this year in bucolic Silkeborg, Denmark’s paradise of forests and lakes where he keeps his beloved boat, Don felt a “constipation-like pain” in his right side. His wife Hanne leapt for the phone.

“Our doctor arranged an appointment with a specialist in Viborg, an hour away. Post- X-ray, good news: ‘A blemish on your kidney. The bad news, we found a tiny tumour on the left side of your colon. You’re booked in on Thursday to get it removed’.

“When I went back for surgery, the cancer had grown to the size of a golf ball. At the routine check-up, the doctor couldn’t believe how well I’d recovered. ‘You’re not normal,’ he said.”

Does he attribute his ability to overcome challenges both physical and mental to his cheerful disposition and positive personality? “They must help,” he grins. “The only time I’ve felt really down in my life was after the car accident.

“I got so fed-up, embarrassing myself, repeating everything, that I started keeping diaries to jog my memory. I did lectures in schools and hospitals. The trick for me is, don’t rely on anybody. Be self-sufficient. My diaries are my bible. It’s all there, everything and everybody. The thought must put the fear of God up the rest of the old band.”

This six-foot pounding powerhouse learned long ago never to rest on laurels.

“It’s a working-class thing,” the Bilson-born boy reflects. “If you’re not working, you don’t eat. My dad, Walter, slaved in a foundry all his life. Mum, Dora, had a job in an electrical components company. Where we lived was called the Black Country because of all the smoke. I was driven to find a way out.

“I didn’t set out to be a musician. I learned drums in the Boy Scouts, but wasn’t taught. I started lessons, but knew immediately it was a waste of time. My ‘Don Powell-style’ came quickly. There are no flares with my playing, it’s straight-ahead rock’n’roll.

“I don’t read music. I was in and out of a few bands before Slade. When we began to get success, played bigger venues, bought better equipment, I found I had to play louder to keep up. My big-bang style evolved.”

It was a similar thing with Noddy’s singing, he says. “We got louder and Nod started shouting over the top, to be heard. His sound came out of nowhere.

“Not even he could believe it. At one point he had to go and see a voice specialist, again in New York. The doctor examined him and said, ‘I can’t believe the state of your vocal cords. Show me how you sing’. Noddy started warbling and the guy shook his head. ‘I can’t do anything for you,’ he said. The rest is history.”

Did Don ever think to protect his ears from all that noise? “My ears were gone when I was a child,” he laughs. “I had an infection when I was 13 or 14, and had an operation. The problem never cleared. It turned out to my advantage: the volume on stage has never bothered me. I’ve worn hearing aids for years.”

And of course, he wears glasses. With two of his five senses mechanically assisted, as it were, and two completely wiped – “I still won’t eat the things I never used to like, even though I can’t taste or smell them; I was once banned from a Birmingham curry house where they let you have it for nothing if you could finish their Vindaloo” – only touch remains intact. Good news for a drummer.

Side hustles down the years have included his own bands: Don Powell and Friends, Don Powell’s Occasional Flames, and the current line-up, Don and the Dreamers.

He teamed with Suzi Quatro and The Sweet’s guitarist Andy Scott as QSP, releasing an album and touring Australia. And he has just published a children’s book, The Adventures of Bibble Brick, a story he penned during the sixties.

“The manuscript went missing after I divorced my first wife,” he reveals. “I had to get a court order to get it back. Life got busy. I put it to one side and forgot about it. In the back of my mind, I knew I would publish it one day. My father inspired it.”

I used to sit with him watching cartoons and noticed him laughing at different bits from the bits I giggled at. It made me realise that adult humour isn’t the same as what appeals to kids. I’d always wanted to do something with that.”

Weaving in elements of his own early childhood, Don boxed as a youngster, like the lead character in the book – and the sleazy nightclubs and sexy spiders must be straight out of his rock memoirs, he revived the book with both grown-ups and youngsters in mind.

Does he ever glance at his contemporaries and think it’s time to turn in the sticks?

“Never,” he insists. “I remember when my father was 76, the age I am now. He was a retired, bored old man. I thought that was it. It frightened me. I’ve been through a lot in my life, and I’ve always come out fighting. It’s a cliché because it’s true: all you can do is rock ’til you drop. There’s a way to go yet. Watch me!”