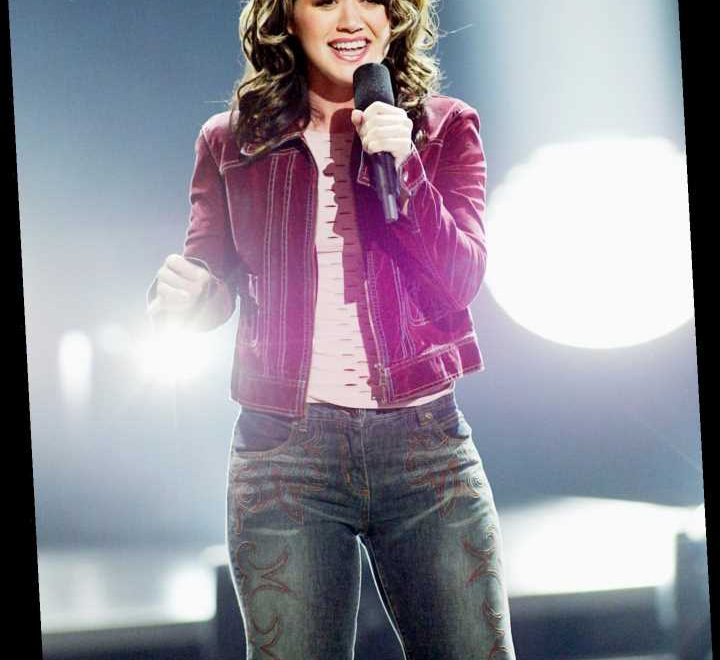 Kelly Clarkson is looking back at the moment that jumpstarted her career 18 years ago.

On Friday, the "Because of You" singer celebrated her 18th anniversary of winning the first season of American Idol in 2002, calling the experience one that "changed my life."

The artist shared an inspirational message on Twitter, urging others to follow their passions and to "find your purpose."

"18 years ago today was the finale of the first season of American Idol and it changed my life!" she began. "I'm still hustlin' 18 years later because I know I am blessed to have the opportunities and I still love my purpose!"

"Seek out what keeps that fire in you burning," she concluded the post, adding a heart and fire emoji.

The 38-year-old was crowned the inaugural winner of American Idol after beating out singer Justin Guarini for the top prize.

The cheerful cocktail waitress from Fort Worth, Texas, immediately blew judges away with her powerful voice and she went on to become cemented in pop culture history. Last year, Clarkson opened up to PEOPLE about her experience on American Idol, revealing that it wasn't always easy.

"Everyone looks at talent shows on TV now like it's normal. It was not normal my first season and a lot of people didn't like it," she said. "It was not fun in the beginning."

Still, the star has a great appreciation for the show that kicked off her career.

"It's like that Rascal Flatts song. Like, 'God Bless the Broken Road,'" she said. "Because it's really cool, where it's brought me."

Since her time on Idol, Clarkson made the transition to another singing competition: The Voice.

The "I Dare You" songstress has been on a coach on The Voice since season 14, and most recently won season 17 with artist Jake Hoot. She also recently guest-starred as a judge on America's Got Talent, where she filled in for Simon Cowell as he recovers from back surgery.

Last year, Cowell told Clarkson on an episode of her syndicated show, The Kelly Clarkson Show, that Idol would have never taken off without her.

"Apart from the fact that we had so much fun, and look, to credit you Kelly, we wouldn't be here without you," Cowell said. "The fact that you’re one of the most successful singers in the world."

"I have to say something about you, Kelly. Unlike the majority, you are the same person off-camera as you are on camera. You've always respected people and you've been very loyal and you're a great friend. I'm absolutely thrilled for you, genuinely. You've worked hard."