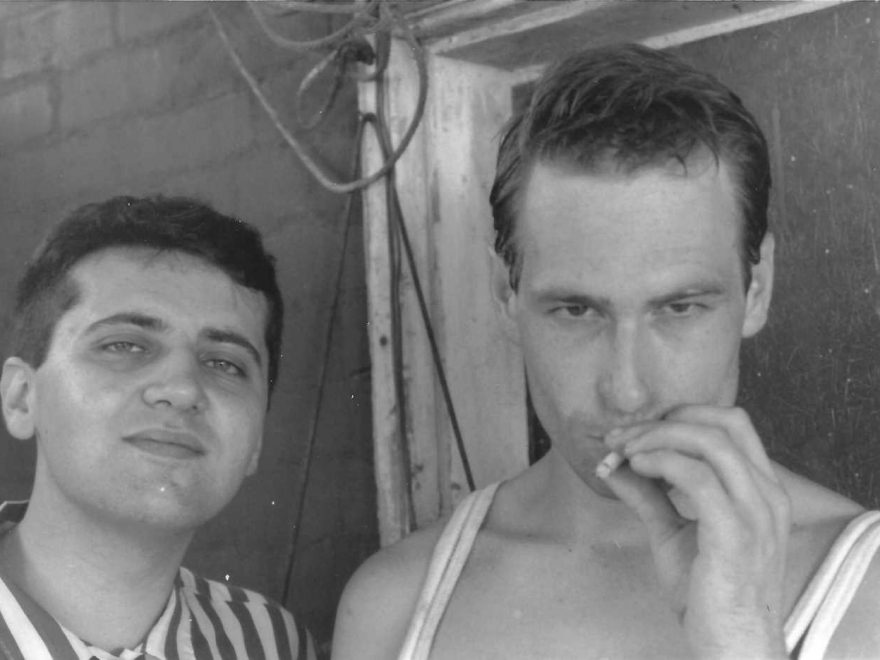 Kids in the Hall comedian Scott Thompson and his friend Paul Bellini are set to release a collection of songs they made in the Eighties as the queercore duo Mouth Congress. Waiting for Henry, which will feature 29 songs, will arrive December 10 via Captured Tracks.

Mouth Congress was active concurrently with the Kids in the Hall in the mid-Eighties, although the duo disbanded in 1988, around the same time the sketch comedy troupe scored their first TV show on Canadian television. During their five years together, however, Mouth Congress wrote a slew of ribald, hilarious, but also pointed and political, punk and lo-fi new wave tracks that that drew on their experiences as gay men in the Eighties.

To tease Waiting for Henry, Mouth Congress have released “The People Have Spoken,” a track recorded during one of the band’s shows at the Rivoli, a Toronto club where Kids in the Hall regularly performed as well. “The People Have Spoken” is a jittery but fierce anthem in support of the fight for reproductive rights. The song arrives with a video featuring archival footage of Mouth Congress performing it on stage in drag in 1986, as well as footage from a pro-choice rally in Toronto that same year.

Waiting for Henry will be released as a double vinyl LP. The first 1,000 copies will be pressed on tan and blue vinyl, while 300 copies will come with a photo print signed by Thompson and Bellini. The record will also come with a booklet featuring an interview with Mouth Congress and other ephemera.

Despite their relatively short existence, Mouth Congress — who got their name from a term for oral sex cribbed from an English translation of the Kama Sutra — were prolific. Thompson, thanks to his comedy background, was regularly creating characters and inserting them into his lyrics, which would tackle topics like sexuality, race, and gender, or just revel in weird nonsense. Mouth Congress’ live shows also had a theatrical element, with the duo using literal scripts instead of setlists, and incorporating props, costume changes, and other flourishes.

Mouth Congress recorded almost everything they made, first on a standard cassette tape record, then later upgrading to a Tascam four-track recorder. Most of the recordings on Waiting for Henry were pulled from these tapes, though like “The People Have Spoken,” some also came from recordings of their shows at the Rivoli. While Waiting for Henry is the first proper Mouth Congress compilation, the group previously made a bunch of their recordings available on Bandcamp.