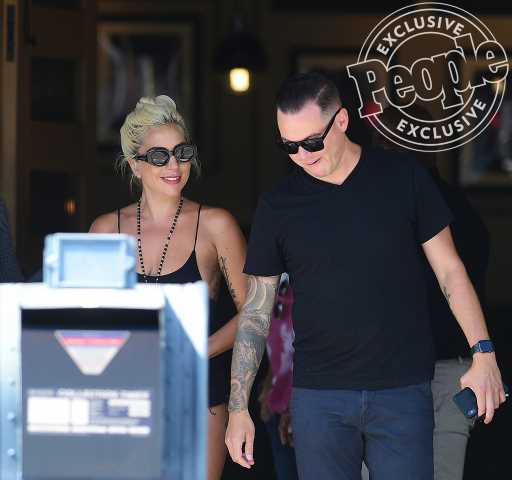 Ever since she was spotted kissing her monitor engineer Dan Horton during a brunch date in Los Angeles on Sunday, Lady Gaga has had fans buzzing about her possible new romance.

The outing marked the first time the pop star has stepped out with a new man since calling off her engagement to talent agent Christian Carino in February. In the months since, Gaga has deflected rumors about a romance with her A Star Is Born costar Bradley Cooper. She proved that the pair have chemistry with both on-and-offscreen after their intimate performance of “Shallow” at the 2019 Academy Awards.

“All the attention for the movie and her split from Christian was a bit much,” a source tells PEOPLE in this week’s issue, on newsstands Friday. “She escaped to Mexico with friends twice just to get out of L.A. She seemed tired and a bit gloomy.”

In February, Gaga vacationed in Cabo San Lucas with pals amid the news of her split from Carino. Then in March, she returned to the resort city to celebrate her 33rd birthday.

When Cooper also split from his longtime girlfriend, model Irina Shayk, in June, the romance rumors between the actor and “Bad Romance” singer intensified.

“She wanted to focus on work, but [didn’t] want to deal with any attention that was related to Bradley Cooper,” the source says. “You could tell that she was so sick of the romance rumors.”

Currently on break from her Las Vegas residency, Enigma, Gaga has been keeping busy with her new Amazon-exclusive cosmetics line, Haus Laboratories.

“She seems very involved and excited,” says the source. “Although she has been very busy, lately she seems happier.”

Multiple onlookers told PEOPLE exclusively that Gaga and Horton, 37, appeared to be more than friends during their brunch date at Granville restaurant in Studio City on Sunday. In one photo, Gaga is seen standing and bending over to kiss Horton as he sits at their table at the L.A. hot spot.

A fellow diner said the singer — who “looked amazing” in black cutoff shorts with “Gaga” embroidered on the back pockets, a black tank top and boots — remained low-key at the eatery and turned down photos with fans who approached her as she and Horton left. “She seemed confident and in a good place,” added the diner.

Another source said the budding couple dined for about an hour and were deep in conversation. “They were kissing as they spoke really close up,” said the source, who added that Gaga and Horton popped by Lemonade to pick up a couple beverages before heading back to Granville.

“Ironically, she had a table in the front near the sidewalk, so she was clearly okay with being seen,” added the diner. “She seemed very happy when interacting with the guy she was with.”

Though the two were spotted kissing at Granville, another source who spotted the couple at Lemonade said the two were busy chatting and refrained from PDA as they ordered drinks at the cafeteria-style chain.

According to his LinkedIn page, Horton has worked as a monitor engineer for Gaga since November 2018. He is also the owner of Audio Engineering Consulting Group, according to the site, and has previously worked with other big-name artists such as Camila Cabello, Bruno Mars and Justin Timberlake.

Horton, who is Nashville based, was previously married to actress Autumn Guzzardi, who is currently starring in the off-Broadway musical Rock of Ages. The two tied the knot in 2013, and Guzzardi’s most recent Instagram post of the two is from 2016.

Gaga was previously engaged to actor Taylor Kinney in 2015, but the two parted ways a year later. Then last February, PEOPLE confirmed exclusively that Gaga and Carino called off their engagement shortly before the Grammy Awards.

“It just didn’t work out. Relationships sometimes end,” a source said at the time. “There’s no long dramatic story.”