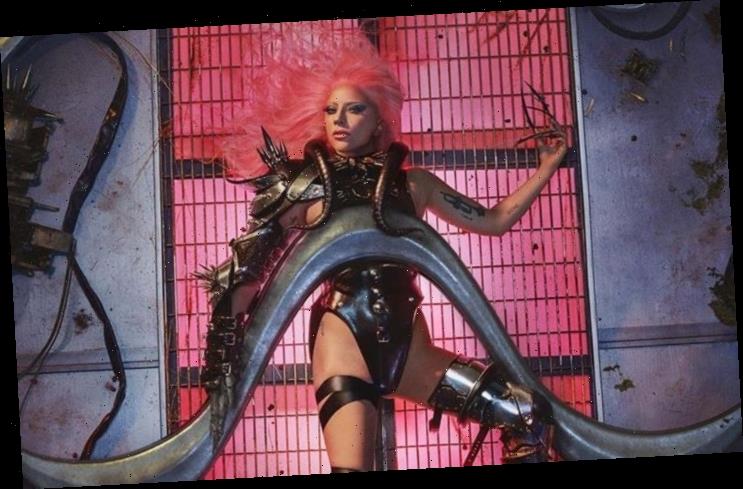 The ‘Rain on Me’ singer has entered the U.K. albums chart at the top spot with her sixth studio album, marking the fourth time she tops the weekly album rankings across the pond.

AceShowbiz –Lady GaGa has landed her fourth U.K. number one with the fastest-selling album of the year so far.

“Chromatica” has debuted at the top with 53,000 equivalent sales units, outperforming the rest of the top 10 combined.

The project, Gaga’s first solo album since “Joanne” in 2016, forces KSI to hold steady at two with “Dissimulation” ahead of Lewis Capaldi‘s “Divinely Uninspired To A Hellish Extent” at three.

Meanwhile, three tracks from “Chromatica” have also charted in the U.K. singles countdown, with last week’s May 29, 2020 number one, “Rain on Me” with Ariana Grande, slipping to two, while “Sour Candy”, featuring K-pop stars Blackpink, and “Alice” enter at number 17 and 29, respectively.

Rapper DaBaby takes “Rockstar” back to first place for a third non-consecutive week as “Rover” by S1mba featuring DTG is a non-mover at three.