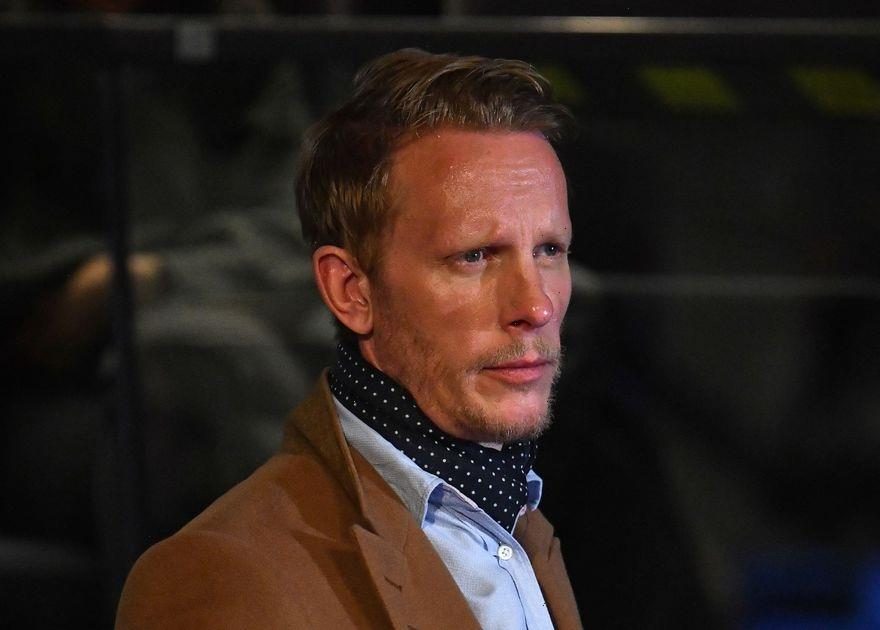 The actor-turned-activist said he had spent his `whole life' supporting the Three Lions.

But he said he hopes they go out in the first round of the tournament starting Friday and "any team but ours" wins because of the gesture England stars make before each match.

He even backed Scotland to win when the two arch-rivals meet at Wembley on June 18.

The actor, who lost his deposit in last month's London mayoral elections, launched into a Twitter rant after portions of the crowd jeered when players knelt before their 1-0 friendly warm-up victory against Romania at Middlesbrough's Riverside Stadium on Sunday.

Yorkshire-born Fox, 43, who runs his own Reclaim political party, said: "I'm embarrassed to be British.

"I hope any team but ours wins in any future sporting endeavour.

"Tell me a single thing to moderate my thinking?

"We deserve everything that is coming. Weak men. Weak.

"My prayers are with Croatia, The Czech Republic and Scotland.

"Knock these woke English babies out.

"My whole life I've wanted England to win at football.

"From a sofa with glandular fever during Italia 90 and Salvatore Schillaci, to a traffic jam in west London in an overheating mini listening to England beat Holland 4-1 in 96.

Footballers have taken to kneeling before every game for the past year in a defiant message against racism.

Black Lives Matter protests spread the gesture round the world following the murder of George Floyd by a police officer in Minneapolis last May (2020).

Southgate, 50, explained his players had explained many times they were taking a stand against discrimination and not supporting some of the more extreme views of Black Lives Matter.

Several of those stars – including Sunday's captain Marcus Rashford, 23, and 26-year-old winger Raheem Sterling – have been subjected to repeated racial abuse from internet trolls.

But in a Facebook blog Tory MP Brendan Clarke-Smith disagreed with Southgate saying despite the players' 'admirable' desire to express their opposition to racism taking the knee would be seen as endorsing BLM.

The MP for Bassetlaw said it was a `political movement' which had argued in favour of 'crushing capitalism, de-funding the police, destroying the nuclear family and attacking Israel'.

In 1938 officials convinced players – including Sir Stanley Matthews – to ignore their concerns by reassuring them it was a `formal gesture of courtesy' and not an endorsement of Adolf Hitler's regime. Mr Clarke-Smith, 40, said: "The point here is that regardless of the original intention, the mixing of politics and football had disastrous consequences.

"Symbolism means a lot, both in football and wider society, and we must think carefully about how it is used."

He spoke out after fellow Tory MP Lee Anderson, 54, said the FA had made a `big mistake' in supporting taking the knee claiming BLM `aims to undermine our way of life'.

But Prime Minister Boris Johnson, 56, backed Southgate's stars' right to protest and called on fans to `get behind' the team and be `respectful'.

His official spokesman said: "The Prime Minister's spoken on the record on this issue before.

"On taking the knee, specifically, the Prime Minister is more focused on action rather than gestures.

"We have taken action with things like the Commission on Racial and Ethnic Disparities and that's what he's focused on delivering.

"But he fully respects the right of those who do choose to peacefully protest to make their feelings known.

"I would want all England fans to be respectful in any football match and, as I have said, he respects the right of those who want to peacefully protest in this way.

"The Prime Minister is supporting the England football team and wants them to succeed and he wants the whole country to get behind them in that endeavour in this tournament.''

Southgate said the team was `collectively disappointed' about the negative reaction to the gesture from fans and urged them to respect the players' stance.

"I would ask people to reflect on how they would feel if they were an England player, a young England player, just about to represent their country and hearing basically the team being booed."