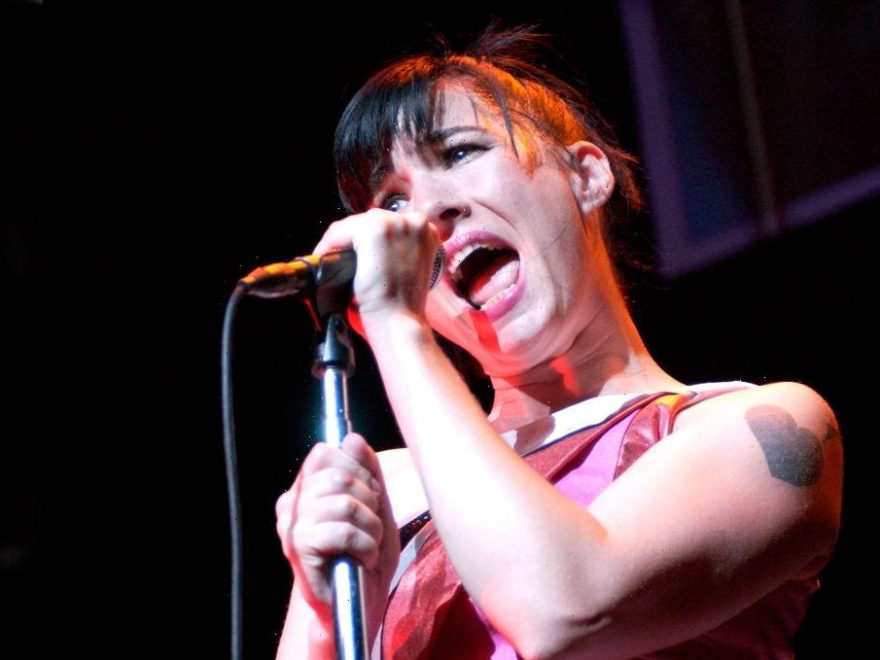 Le Tigre issued a statement Thursday regarding the legal action they recently took against singer Barry Mann, who previously filed a cease-and-desist complaint against the band that stated their 1999 song “Deceptacon” infringed on the 1961 hit he co-wrote, “Who Put the Bomp? (In the bomp-ba-bomp-ba-bomp).”

“Last week, we filed a complaint seeking declaratory judgment in the Southern District of New York against Barry Mann,” Le Tigre’s Kathleen Hanna and Johanna Fateman said in the statement. “He wants money from us, and his goal is to own and control our song.”

The band continued, “We don’t want to sue anyone, let alone another artist, but we have no choice at this point. We just want Mann to leave us alone.”

As the Le Tigre’s legal action states, “More than 20 years after Deceptacon’s release and following two decades of wide distribution and industry and cultural recognition of Le Tigre’s most popular song, Mr. Mann and Wixen [publishing company] now assert that ‘Deceptacon’ infringes Defendants’ copyright rights in ‘Bomp’ by repurposing a small portion of lyrics. ‘The Bomp’ lyrics putatively at issue are mainly comprised of song titles and non-lexical vocables.” The lawsuit also notes that Mann and his co-writer Gerry Goffin themselves “copied [the vocables] from Black doo-wop groups active during the late Fifties and early Sixties.”

“Additionally, even if Defendants had a legitimate claim to ownership of the small portion of ‘Bomp’ lyrics at issue, they nonetheless have no copyright infringement claim against Le Tigre or its licensees because Le Tigre’s transformative use of those lyrics in ‘Deceptacon’ is an emblematic case of fair use” under the Copyright Act, the lawsuit notes.

In July, Mann’s lawyers and music publishers sent cease-and-desist letters to Le Tigre’s publisher that claimed copyright infringement and demanded an accounting of the track “under threat of imminent lawsuits.”

Mann’s lawyer did not respond to Rolling Stone’s request for comment at press time.

“‘Deceptacon,’ which we wrote more than two decades ago, bears no resemblance to the song he wrote with Goffin in tone, melody, arrangement, or style. The lyrics that Mann claims to be theirs are not protectable by copyright, because they are not original to the song,” Hanna and Fateman continued. “Le Tigre didn’t need Mann’s permission to release ‘Deceptacon’ in 1999, and we won’t stand for his threats now.”