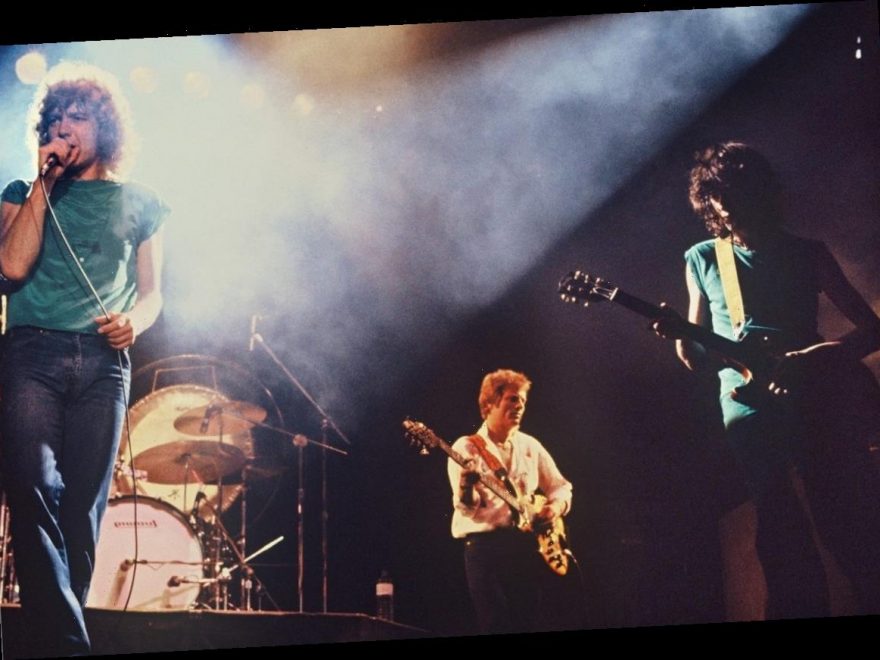 When John Bonham died in September 1980, there was no future for Led Zeppelin as a working band. As John Paul Jones later put it, Bonham was not just the drummer; he was “a quarter” of Zeppelin (and a great friend besides). Without Bonzo, the show was over.

Yet the recording contract the band signed with Atlantic Records still existed. And under the original terms of the Swan Song deal, the band had to deliver one more LP. As Zep founder Jimmy Page recalled it, putting together that last record turned out to be his toughest job as producer.

After all, the band hadn’t been working on a new album prior to Bonham’s passing. (They’d been rehearsing for a scheduled U.S. tour.) So Page had to pull out tapes from previous sessions for what became Coda (1982). The eight tracks dated from 1970 through In Through the Out Door (1979).

Early Days and Latter Days, the original title for the final Zeppelin studio release, gives you an idea of the layout for Coda. It began with three tracks recorded in ’70. The first, “We’re Gonna Groove,” came from a live performance at Royal Albert Hall.

“Poor Tom,” recorded during the Led Zeppelin III sessions, and the live “I Can’t Quit You Baby” followed from the same year. “Walter’s Walk” hailed from ’72 House of the Holy sessions. Then the action jumped ahead to the In Through the Out Door sessions, from which Page selected three Coda tracks. The lone wolf was “Bonzo’s Montreux.”

That track, an elaborate solo drum showcase for Bonham, justified the existence of the record for Page. “Knowing we had ‘Bonzo’s Montreux,’ that Bonzo and I had worked on [in 1976], as a centerpiece, made it work for me,” Page told The Daily Beast in 2015.

“Obviously we didn’t have John Bonham, but we did have John Bonham as an orchestra,” he added. “That seemed so natural and fitting.” And when it came time for the ’15 reissue of Coda — the last of Page’s long run of remasters and re-releases — he turned Coda into something much bigger.

Page added 2 discs of Zeppelin outtakes for the 2015 reissue

While the eight-song Coda might have seemed light upon its ’82 release, Page did his best to bring out everything for the ’15 reissue. And it indeed became a hefty package. Along with new remasters of Coda for the first LP, the reissue included two LPs of 15 unreleased tracks dating from 1968-74.

“Purely by the fact of making Coda a double, I really wanted to put out just about everything,” Page told The Daily Beast. The tracklist of the companion discs includes an early version of “When the Levee Breaks,” an outtake from the band’s debut, and two Zep tracks Robert Plant and Page recorded with a Bombay band in 1972.

“I knew I was going to finish with two companion discs for the last one, with all the studio stuff that people might have heard about,” Page said in his Daily Beast interview. “The stuff that helped create the mythology of Led Zeppelin.”