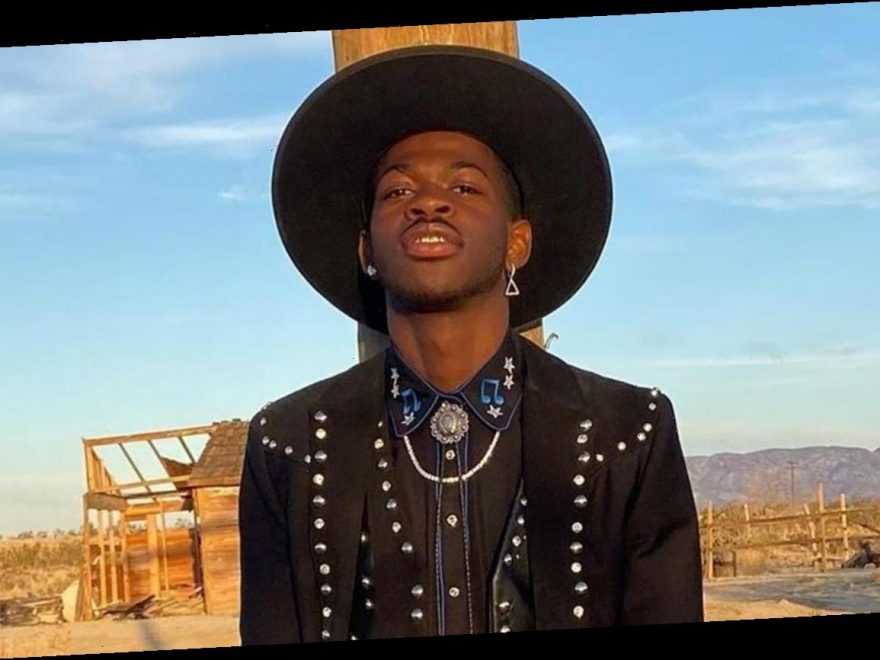 The country music hip-hop star admits he was ready to move on and ‘throw out’ his mega-hit single only months after the release back in 2018 before it went viral.

AceShowbiz –Lil Nas X was “ready to throw out” his mega-hit “Old Town Road” months after its release.

The country trap song went viral in March 2019 and remained at the top of the chart all the way through to summer, while in April (20), Billy Ray Cyrus jumped on a remix of the track, only adding to its popularity.

However, the 21-year-old rapper has admitted he felt ready to move on and show his fans what else he can do soon after “Old Town Road” came out.

Speaking to Zane Lowe on Apple Music’s ‘At Home With’ series, he confessed, “Old Town Road didn’t stop being number one until August, I think, of 2019, and I was already ready to throw it out the window in June last year.”

“And I was so ready to move on from it because of what other people were saying that I almost missed out on even bigger blessings from it.”

During quarantine amid the coronavirus pandemic, the Grammy-winner says he’s become a better songwriter and made it his aim to show the real him behind the characters he presents through his music.

“I found better, healthier ways to create. Little things, like taking much more time with my lyrics and putting more into the concept of whatever the song I am making,” he explained. “Because I used to go to the studio, make the song, I’m out. Never go back to it, never work on it again. It worked, but it’s like, that wasn’t the move.”

“If I can do that without doing that, what can I do beyond that? Another thing with quarantine I decided I wanted to do was definitely give people more of an insight of me beyond the characters I portrayed.”

And on what fans can expect from his upcoming debut album, he teased, “This album exuberates confidence, creativity. Just me completely stepping out of my comfort zone and saying whatever I want and giving my actual stories, giving my fans something to take from me.”