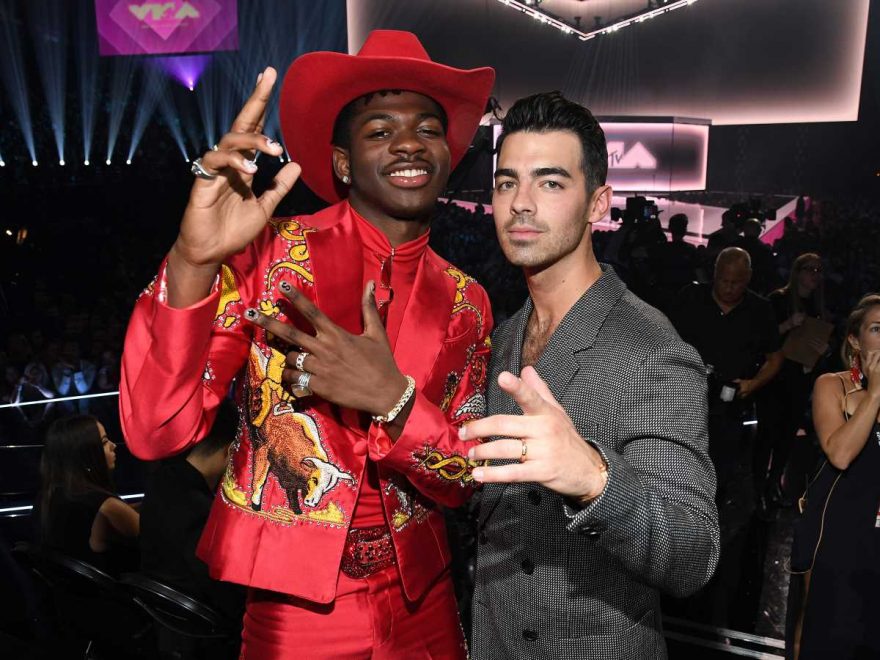 If Lil Nas X‘s various remixes of “Old Town Road” weren’t indication enough that we can expect plenty more collaborations on his other songs, the newly minted Video Music Award-winner just told us himself.

And the next remix he has cooking could include a Jonas Brother.

Joe Jonas shared a photo Tuesday with Lil Nas X at the VMAs on Monday night, expressing sadness that he hasn’t been able to work with the 20-year-old rapper.

“My old town road remix never made the cut ☹️,” Joe, 30, said along with the photo, referencing the many remixes of the hit song. In addition to the radio-topping version featuring Billy Ray Cyrus, Lil Nas X has also released versions with BTS member RM, Young Thug and Mason Ramsey, and even an Area 51 raid version.

But Lil Nas X quickly reassured the Jonas Brother, promising in a tweet that the invite to collaborate is open.

But Jonas isn’t the only other star whom Lil Nas X would like to get cooking on “Panini” with.

“tryna get gordon ramsay on this panini remix,” Lil Nas X wrote in his tweet. Shortly after, the MasterChef star responded, seemingly intrigued by the invitation. “Tell me more…” Ramsay, 52, wrote.

Things got interesting when Lil Nas X was in London and the pair met up so that Ramsay could teach the rapper how to make a perfect panini. And though Ramsay can be a bit of a “meanie” on his show, it looked like the duo got on like butter on bread.

Both shared photos of the meet-up on Twitter, with Lil Nas X tweeting, “me & @gordonramsay made paninis,” and Ramsay writing, “Paninis. Done. @LilNasX enjoy” and tagging his restaurant the Lucky Cat, where they ostensibly made the sandwiches.

The word is still out on whether Ramsay will actually appear on a remix of the song.

At the VMAs on Monday, the remix with Cyrus won song of the year, and the rapper was also nominated in eight other categories including Video of the Year and Song of Summer.