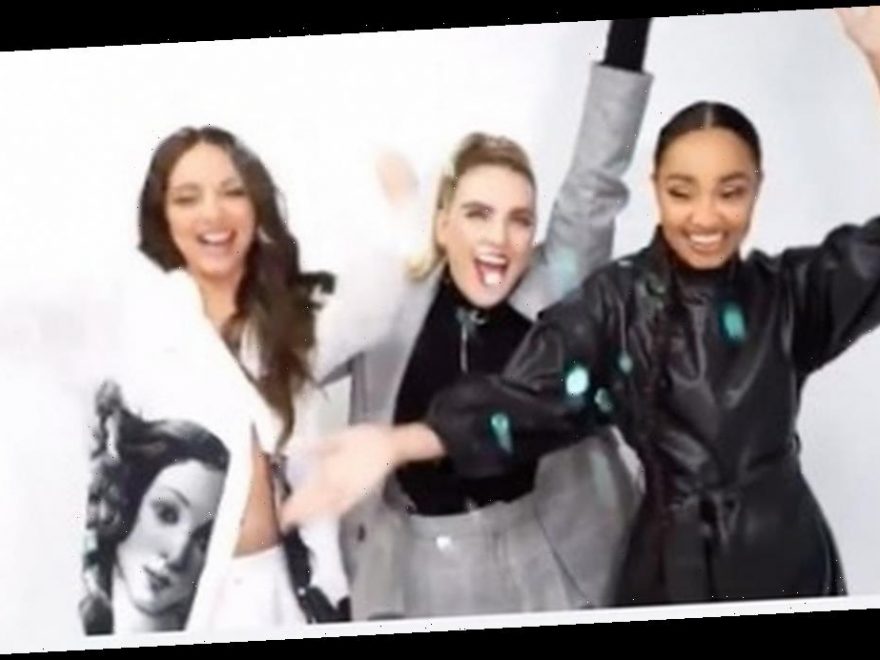 Leigh-Anne Pinnock, Perrie Edwards and Jade Thirlwall posted a short clip on their Instagram story to welcome fans around the world into 2021.

It is the group's first official video without Jesy Nelson – who left the band in December 2020 after admitting it had taken "a toll" on her mental health.

In the short clip, the three women are grinning from ear-to-ear and showered with confetti as they shout: “Happy New Year!”

Perrie, 27, looks chic in a grey blazer and matching trousers, while Leigh-Anne, 29, looks super stylish in a black leather dress.

Jade, 28, completes the line-up and shows off her slender frame in an oversized white shirt.

The video was captioned: "We can't wait to see you all again very soon. Ps Sweet Melody is the perfect song for the top of your New Year playlists."

After the bang of confetti, Leigh-Anne is heard saying: “Oh, it’s a nice one this time!"

The group's new album Confetti, which contains the hits Sweet Melody and Break Up Song, was released on November 6, five weeks before Jesy’s departure was announced.

Jesy also took to social media on Monday to show off her toned abs and new hairdo with a sizzling snap posted on Instagram.

The former X Factor winner flaunted her toned abs in the stylish top, her smoking-hot tattoos on display as she smouldered effortlessly for the photograph.

She finished the look with some killer heels, the white shoes adding even more style to the iconic look.

Jesy shared the smoking-hot picture with her 7.6million followers and added a lion emoji as the caption.

The star's devoted fans rushed to leave a comment, showering the pop star with compliments and adoration.

One person wrote: "BABY YOU LOOK SO STUNNING," while another gushed: "So beautiful", with a red heart emoji."