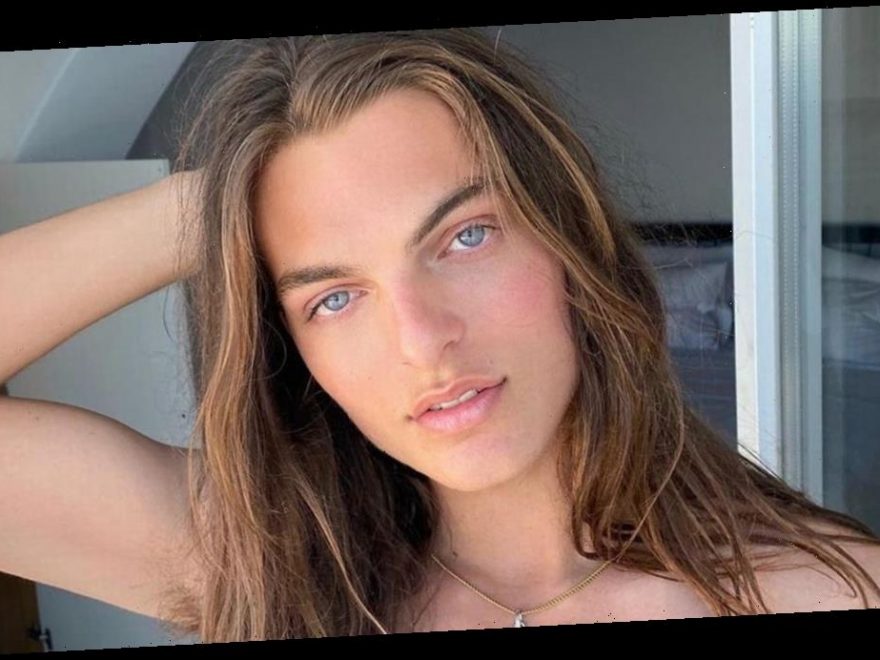 The 18 year old – who is his famous mum's doppelgänger – had seemingly ditched his lengthy brunette tresses in exchange for a buzzcut hairdo.

Damian looked every bit the model as he showed off his new do while posing completely shirtless in a scenic field while unleashing his incredibly toned torso.

Keeping his look simple, he donned a casual pair of black baggy tracksuit bottoms which were worn low on his hips to show off the trim of a white pair of Calvin Klein boxer shorts.

Soon after posting the unrecognisable photo, Damian's Instagram was brimming with comments, with most fans in favour of his seemingly shaven head.

After his online feed had been flooded with comments, the teen decided to come clean that he hadn't really faced the chop, instead it was merely an illusion.

Changing his caption, he wrote: "Update lol: i love u guys so much hahaha but I'm not bald.

"This is prosthetics for a new project lmao but thank u for the cute comments."

Following so many gushing remarks about his new shorter locks, Damian added: "Tempted to do it for real now."

The post racked up thousands of likes in no time at all with hundreds of fans chiming compliments beneath the snap.

One stunned observer penned: "Wow! Well at least you know it suits you."

Another exclaimed: "Just proving you can rock anything, unfair on the rest of us really."

While another remarked: "Didn't think you could get more beautiful."

Last year, Damian was struck by heartbreak when his father Steve Bing died at the age of 55.

Not wanting to speak publicly about the tragedy, Damian remained silent but did thank fans and loved one for their support in an Instagram post.

He wrote: "Thank you from the bottom of my heart to everyone that has reached out following the devastating news.

"I'm trying to reply to as many of you as I can, but please know I will always remember your kindness.

"This is a very strange and confusing time and I'm immensely grateful to be surrounded by my phenomenal family and friends."