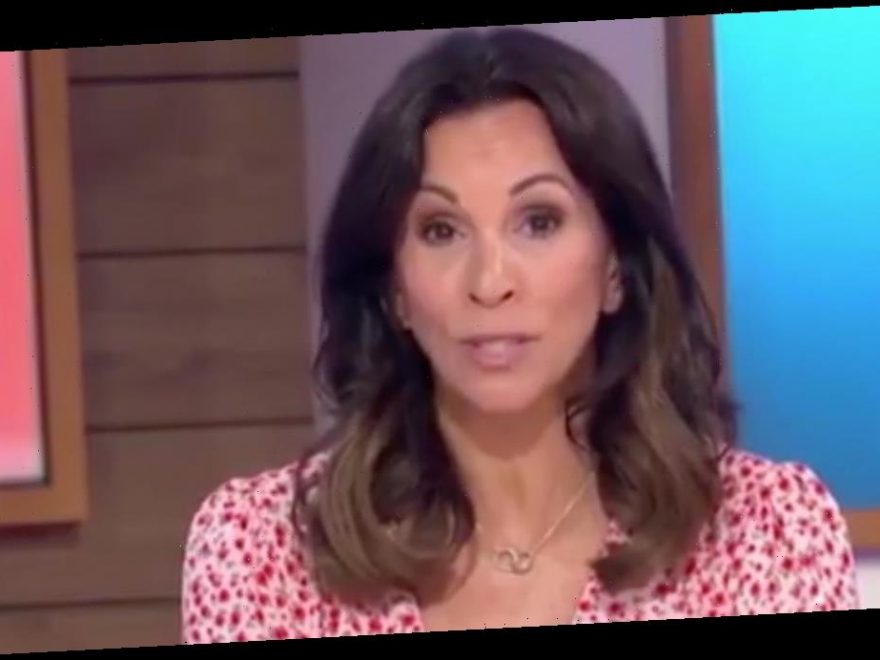 Loose Women presenter Andrea McLean has opened up about her mental health struggles, saying she felt suicidal at her worst.

The 46-year-old explained that she broke down in tears while having her makeup done for the ITV show which prompted her trying to get help.

Andrea said: "At my lowest point, I was suicidal. This is the first time I've admitted that."

She said she and husband Nick Feeney had had a "spat" which kickstarted a downward spiral inside of her.

"Alone in my hotel room, I wanted to end it all right then," she told Daily Mail. "I felt Nick couldn't see my side of things at all – and if someone who loved me as much as he did failed to see it, what was the point?

"And yet I couldn't do it. I didn't want to hurt my family."

The brunette beauty has been taking anti-anxiety medication since December 2018 after struggling for months.

She explained that, last summer, she broke down in front of her makeup artist while getting ready for Loose Women.

The makeup artist told her that she was making herself ill and she needed some help.

Andrea went on to find a psychotherapist, and she says that helped her out a lot.

Of course, she still suffers with anxiety and has difficult days, but she says she's much better able to cope with it now.

Andrea had felt she couldn't speak to her husband Nick Feeney and two kids Finlay, 18, and Amy, 13, about her struggles.

She said: "I thought they would be ashamed that I'd been so weak. I lay on the floor of my room and sobbed."

The popular host had problems before too, remembering a time she broke down in tears in a supermarket after an argument with another driver left her struggling to breathe.

She blames her mental health problems on a number of things, including her financial issues and health.

Andrea had a hysterectomy in 2016 after she suffered with endometriosis for years.