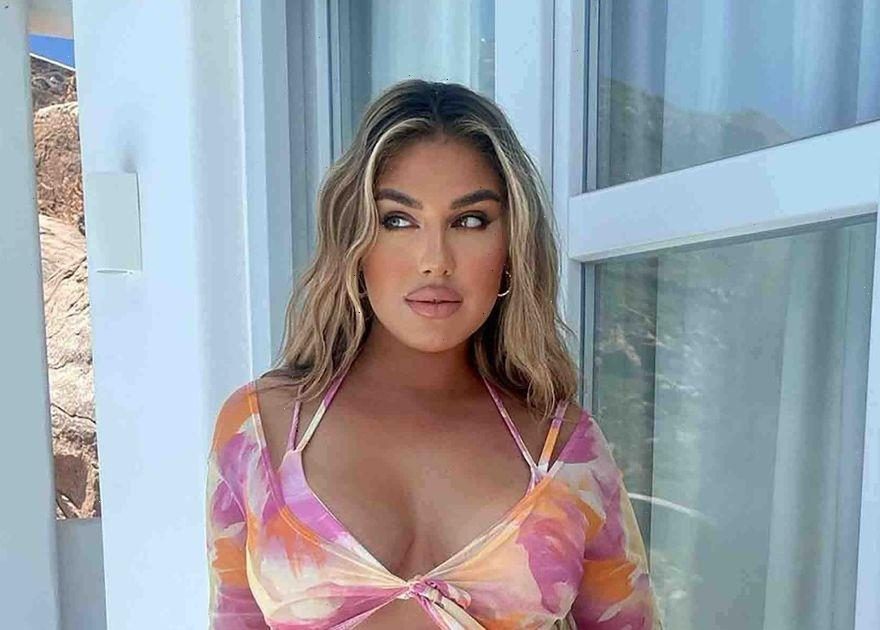 Welcome back – it only feels like yesterday I was speaking to you guys. Maybe because this week’s been so full of Love Island debate we haven't talked about anything else! Is been an explosive week hasn’t it?

The surprise dumping was really unexpected – especially some of the people in the bottom 3 – *cough cough* Jake. Seems like the public were just as unimpressed by him in Casa Amor as Faye was! But we’ll come back to that.. I was really sad to see Abi go if I’m honest she’s really sweet. But like she said, it was kinda her time. There wasn’t really anyone in there for her & any couple at this stage would have been a friendship – little did she know about the bombshells!

I am not surprised ONE BIT that there was a big reaction to how Jake acted in Casa Amor. The relationships aren’t the only thing that get tested there – it's the friendships too & watching that footage back was VERY uncomfortable.

If Faye wasn’t already insecure about her actual relationship, her friendships were put under the spotlight. And I totally get it. The whole lads holiday excuse was really quite lame looking back & really, was it worth all the hurt & drama? Probably not!

I just wonder what Liberty’s really thinking now – she’s been quite quiet when it comes to voicing her opinion on it which I understand – it's her boyfriend. But you can't tell me she’s not questioning the motives? I would be!

The Faye and Teddy argument has really shaken things up inside the villa and outside – it seems there's been a public divide! Personally, I don’t condone the way Faye spoke to Teddy at all but it's clear now that she really does regret it.

It's very obvious that Faye has a lot of trust issues from previous relationships so any sign of anything other than perfect she goes into complete self-sabotage mode as she said herself. But I think Teddy is a good one – even after the whole drama from the other night he’s still all for Faye and clearly sees something that a lot of the public haven’t had chance to see.

And look what’s happened… now they’re back on track! I actually couldn’t look when they were having the chat at the firepit – for a second I thought he was going to say it was over completely then he pulled it back & the whole nation (well, half of the nation) celebrated.

Faye really does need someone like Teddy to treat her like a queen & realise that “all men aren’t the same” – could they still win it? I think so! I think she’ll definitely have to face up to a lot of questions when she gets out but at least she’s acknowledged her behaviour was wrong & owned up to it.

I can't say I think she overreacted because I’m a fiery one myself so if I felt like I’d been mugged off – it would have triggered me massively. And in that villa is like a pressure cooker – the slightest thing can blow up faster than a bottle of fizz.

I’m happy Liam & Millie are back together – it's cute to see her happy again. But, do I think he won't do what he’s already done in the villa when he gets out? I just can't see it. Millie is 100% loyal to him but I just know the challenges of leaving the villa, the schedules they’re going to face & how our lives are turned upside down so quickly – they’re going to have to work damn hard to make it work. Let alone the long distance.

My heart says YES I want it to work because Millie is a QUEEN! But my head’s just not convinced. Call me a pessimist guys – but it's just my opinion. I still think they’ve got a great chance of being in the final through – the public seem to have forgiven Liam pretty quickly so we’ll see!

Now – onto the newcomers! They both seem super sweet to be fair. Priya seems like a great girl & I love the fact she’s set her sights on Matt – it's great for him too after the whole Kaz drama I think he needs someone that’s all about him. I can really see them working. Aaron clearly has his sights set on Mary too which again is sweet – third time lucky for her hopefully! She’s not had an easy run in such a short space of time so I’m here for it.

I do think if Abi was still in the villa she probably would have set her sights on him too through – which could have ended up in exactly the same situation as Dale – nobody wants a love triangle twice over.

Now guys, I don’t know about you – but is anyone getting a bit confused as to how many bombshells are coming in? It seems like as fast as they dump them they get replaced? We saw a new bombshell at the end – Brett! If I’m honest, I don’t have a clue who he’d go for. My predictions are either Chloe or Priya but don’t hold me to it! I’m sure we’ll see it all unfold over the next few nights hey!

What do you guys think? Let me know & feel free to leave your comments!

See you next week!