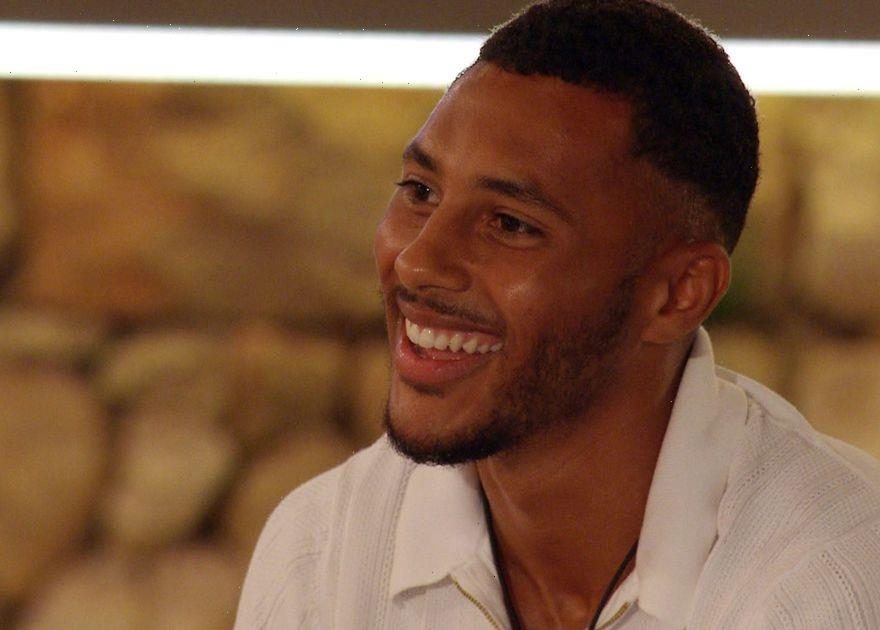 Love Island bombshell Aaron Simpson was once a blonde haired hunk in an unearthed throwback snap.

When the professional footballer entered the villa just a few days ago, his harsh fade gained a bit of a backlash on social media.

Clearly a lover of experimenting with his hair, a snap of him from 2019 could see the hunk looking completely different as he donned a bright blonde head of hair.

The post sparked his followers to compare him to singer Chris Brown and rapper Eminem.

Although the actual style of his hair is very similar to what he sports today, his hair is bleached blonde and his beard is a little sparser in the snap.

The footballing hunk now dons a short dark style, but fans were roasting him for his 'dodgy fade'.

He was roasted online after fans spotted his trim that even prompted Aaron's own barber to wade in and accuse him of 'cheating' on him.

One viewer wrote: "nah Aaron is on banter! This is what his fade is normally saying yet he’s come on national TV looking like THIS?!" Posting a photo of Aaron pre-Love Island a photo of him on the night of his first appearance.

Sticking up for the hunk, one viewer penned: "He had to quarantine that’s what I’m thinking so the haircut grew out."

Another said: "My mum said it looks like he used a pudding bowl to give himself a trim."

While a fourth typed: "This is what happens when you cheat on your barber!"

Aaron Simpson, the 24-year-old footballer from Kent, stepped into the villa on Sunday night.

He said that he is on the lookout for his "worldie" and claims that Chloe or Mary would be most his type, but he says he hasn't got all his "eggs in one basket".

He has recently made mad moves with Mary, preparing an elaborate brunch and making her coffee.

He said that he's "looking for a long-lasting relationship" and has got "all the player stuff" out of his system, claiming that he is ready to settle down now.

Aaron started playing football when he was about four or five, explaining how he signed his first professional contract when he was just 17, "I'm 24 so it’s been quite a journey".

He entered the villa with brunette bombshell Priya – a 23-year-old medical student who has taken a liking to the Irish hunk Matt.