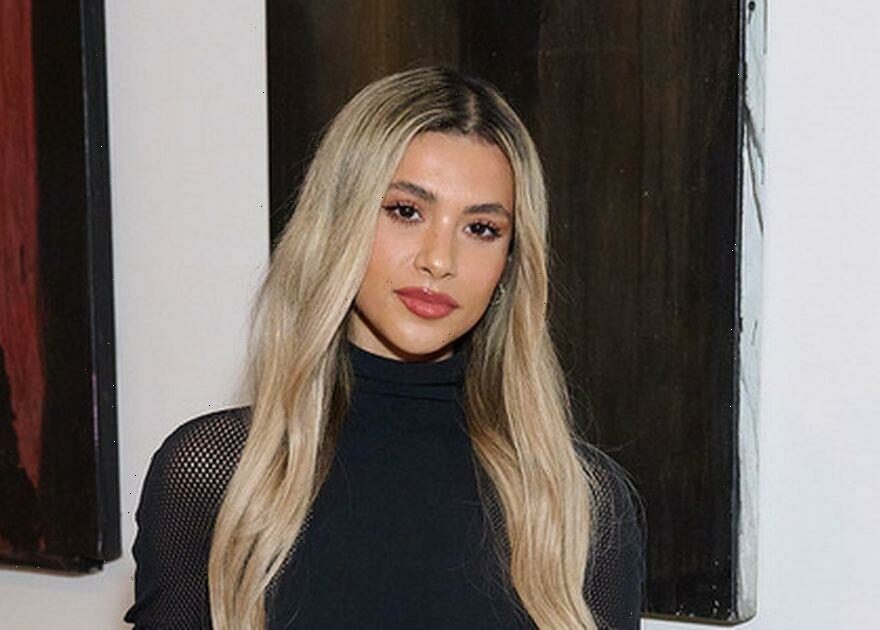 Joanna Chimonides led a host of glam stars at the Woodbury House Gallery Launch in London in a chic crop top ensemble.

The former Love Island star, 26, put on a stylish and sophisticated display as she attended the exclusive gallery event on Wednesday (December 21) while also teasing fans by flaunting her midriff in a black cropped turtleneck.

Styling her long blonde extensions in loose waves, Joanna paired the crop top with a pair of low rise and distressed-style black jeans.

She completed the chic ensemble with black Steve Madden boots, adorned with a number of metal spikes.

Boasting about her footwear prior to the event, Joanna penned on Instagram: "I have finally got round to wearing this weapon of a shoe.."

Posting to her Instagram stories after the event, Joanna also wrote: "Had the most wholesome evening at the WH official Gallery Launch.

"Thank you @JV_publicity for the cutest night ever."

Joanna appeared on the fifth series of ITV2 dating show Love Island back in 2019.

A Casa Amor bombshell, she memorably re-entered the villa alongside firefighter Michael Griffiths who had been enjoying a villa romance with eventual series winner Amber Rose Gill.

The influencer, 24, welcomed her first child in August with her partner Lewis Burton.

Lottie also appeared stylish at the event, posing for photos in a black minidress and cropped blazer.

She completed her look with thigh-high black boots, wearing her own blonde tresses in loose waves over her shoulders.

Other stars to attend the gallery launch included Professor Green and Tommy Mallet.