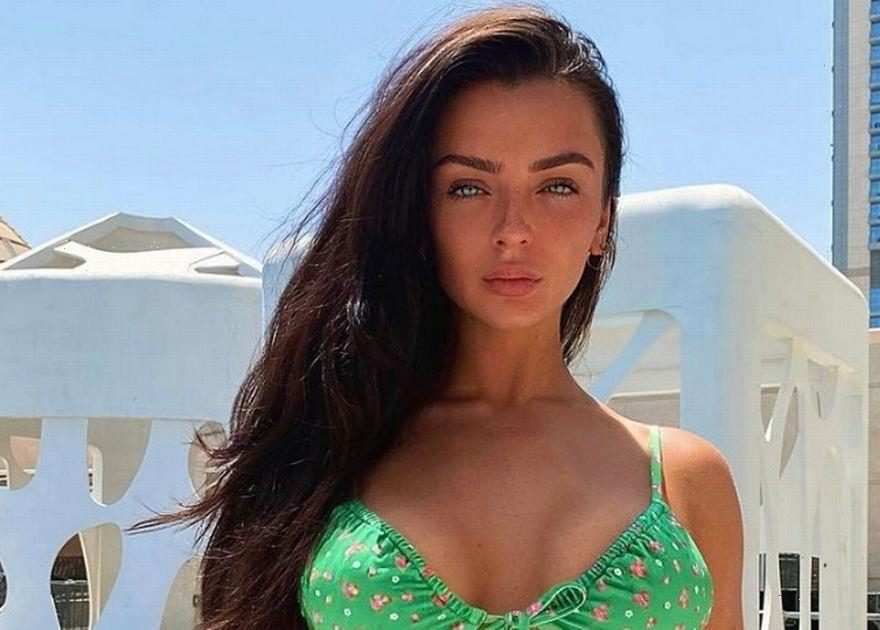 Kady McDermott, 26, has wowed fans with her latest social media snap as she paraded her toned bum while soaking up the sun.

The Love Island bombshell demanded attention as she showed off her killer curves in a teeny bikini as she posed in front of blue skies.

All eyes were on the ITV star as she took a look over her shoulder and gave a sultry look to the camera.

In the second picture, Kady posed front on with her taut tummy and toned abs on full display.

The reality star kept the accessorises to a minimum as she sported gold rings and a gold watch.

The 26-year-old influencer wore her trademark brunette locks swept to one side and let her tresses cascade over her shoulders.

It didn't take long for her gushing friends and followers to decorate her with compliments in the comments.

One adoring follower wrote: "So beautiful."

A third labelled the Love Island star as "The hottest woman in the world." While a fourth said: "You are unreal. You need to be back on our screens."

Kady, who catapulted to fame during season 2 of the ITV2 dating show, has been regularly updating her 1.3 million Instagram followers while enjoying a holiday in Dubai.

The star, who reached the final with ex-boyfriend Scott Thomas, sparked reconciliation rumours with the 33-year-old after they posted similar holiday pictures. However, it was later pointed out by an eagle-eyed fan that the two were in fact in different destinations, with Kady being in the Maldives and Scott holidaying in Mexico.

The pair first got together in 2018 and were on and off several times before officially breaking up in 2021.