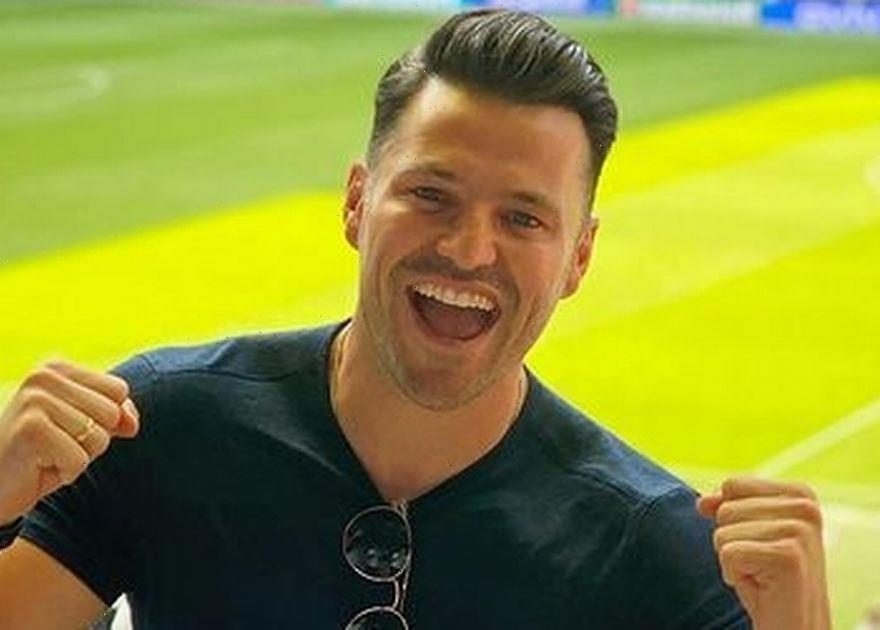 Mark Wright has declared he's ready to streak on the pitch in front of the crowd if England beat Scotland in the Euros on Friday.

The former TOWIE star and footy fanatic, 34, says he's ready to strip off and take to the pitch at Wembley in front of the cameras if England get the big win tonight (18 June).

However, if England don't bag their win against the Scots, he says he'll never speak to his wife Michelle Keegan's dad ever again.

34-year-old Michelle's dad is Scottish and wants to see the Scots absolutely thrash England, and Mark said her dad's number will be "getting blocked for at least a month" if Scotland win. So with that said, you could say there's some old fashioned rivalry in the family!

Speaking to The Sun, Mark said: "I'm going to the game at Wembley… I watched the 1996 fixture at Wembley when Gazza scored that goal in the Euros. It was a moment I'll never forget.

"If Phil Foden or Jack Grealish can be our modern-day Gazza tonight and I'm there to witness it, it will be a dream come true."

The footie pundit then added excitedly: "I might streak on the pitch.

But if it doesn't go his way, Mark admitted: "I will never live it down. I will love-hate him [Michelle's dad] for that period of time,"

This comes as the reality star is currently leading Sky Sports' coverage of the Euros alongside sports presenter Bela Shah.

He is also working with Booking.com on their #RivalsReUnited sports campaign.

The star has been earning a whopping £2,500 per show, and will stack up over £50,000 by the end of the tournament according to inside sources.

And if Mark streaks on the pitch at Wembley, it won't be his first time on the football pitch either.

The Heart radio presenter was previously a semi-professional football player signed to Crawley Town – a League Two team in West Sussex – back in December last year.

He was released from his contract in May after only two appearances on the pitch, but he started his senior career with Southend United after youth stints at West Ham United, Arsenal and Spurs.

Mark's fancy presenting job follows a dreamy family holiday in Portugal along the Algarve with his Corrie star wife Michelle.

The celebrity pair tied the knot in May 2015 after announcing their engagement in September 2013.