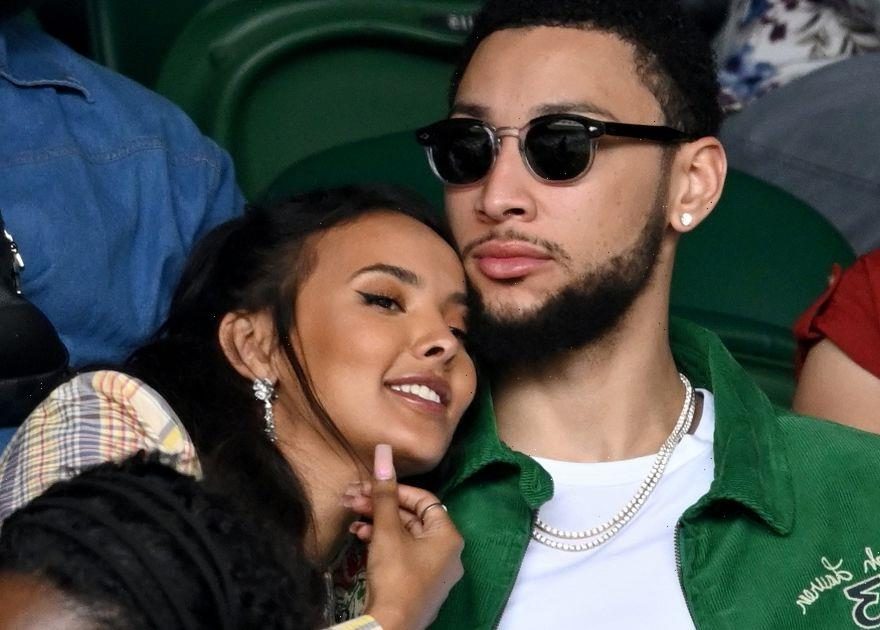 After keeping their romance quiet for a while, Maya Jama, 26, seems ready to show the world that she's an item with NBA player Ben Simmons, 24, with a very public display of affection.

The couple were photographed passionately kissing at day seven of Wimbledon.

Ben, who is Kendall Jenner's ex, kissed Maya as they watched Serbian Novak Djokovic and Chilean Cristian Garin face off on centre court.

The stunning couple didn't seem to care who saw them, as they kissed openly throughout their time at Wimbledon.

The pair split up in 2019 after four years together, reportedly to focus on their careers.

Ben was linked with Keeping Up With The Kardashians star and model Kendall in the same year and dated on-and-off for a few months.

Rumours about Maya and Ben started a few weeks ago, when they were spotted out for dinner together on June 26th at Sexy Fish restaurant in London.

The couple looked happy and loved up at the tennis tournament, and were later joined by Sienna Miller, 39, for a drink in the stands.

They were in good company, as Poppy Delevingne, 35, Holly Willoughby, 40, Jade Jagger, 49, and more were all in attendance.

It's thought that gorgeous Maya first caught Ben's eye back in 2019.

She posted a saucy Halloween pic, that Ben left a comment under with two fire emojis.

It was also recently claimed Maya had 'flown out to Philadelphia' to spend time with her new love.

A source told The Mirror: 'Things are hotting up for Maya and Ben. They are really into each other and the fact she flew to Philadelphia to be with him says a lot. They had a fun two weeks together. It's nice to see her so happy.'

Fans loved Maya's tennis outfit, which showed off her toned legs, finished with a pair of strappy heels.