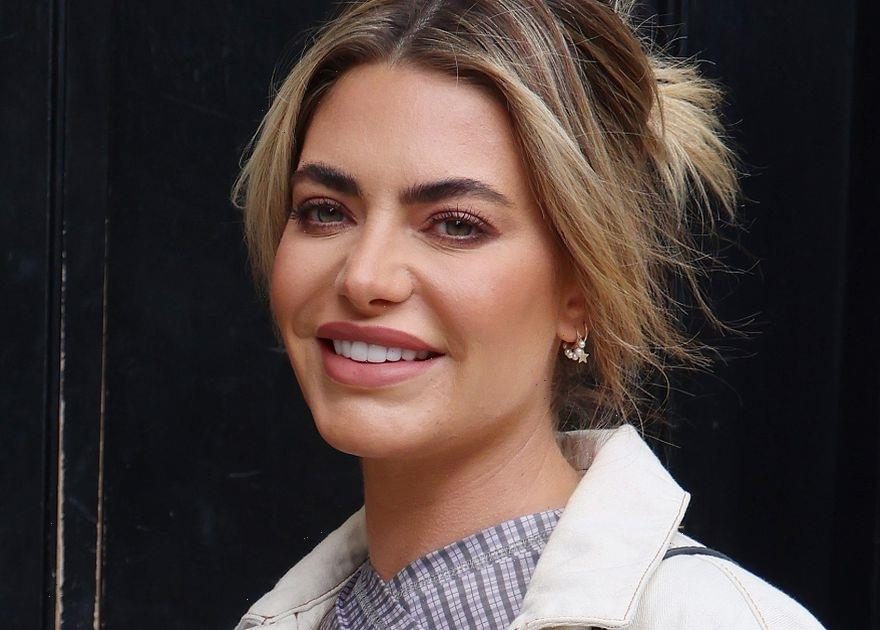 Former Love Island babe Megan Barton Hanson certainly turned up the heat this week, as she was spotted wearing a very revealing top while stepping out with her pal Jack Fincham.

Megan, 27, smiled radiantly for the paps while wearing a wraparound top that left little to the imagination.

Showing off her extreme underboob in her tiny gingham print top, Megan made sure all eyes were firmly placed on her.

The reality star also teamed the look with a cream jacket and khaki combat trousers.

She swept her luscious blonde locks in a pony tail but allowed a few strands fall effortlessly in front of her face.

Love Islander Jack happened to bump into the blonde beauty while on the high street and took to Instagram to inform his fans of their unexpected meeting.

Sharing the clip as they strolled down the street, Jack said: "Look what I found, a little straggler."

"She's been out all night. Just getting her home safely," he joked.

Since her stint on Love Island, blonde bombshell Meghan has been raking it on subscription site OnlyFans and is currently in the top ten of site earners.

According to reports, the island babe earns approximately £800,000 a month from selling her explicit content.

Talking about her success on the website in her Vice Column earlier this month, Meghan penned: "I knew I could create a successful OnlyFans account because I had a large following, but there is still a lot of work that goes into the page and into keeping those subscribers re-subscribing."

In the column Meghan also provided her fans with tips on how to navigate the subscription fee site and said: "It’s much easier to state the level you're comfortable shooting with upfront in your bio."

"As time goes on, you can get into more of a routine with it."

Meanwhile, Islander Jack recently hit headlines as he was seen getting rather cosy to Frankie Sims during a night out on Sunday.

The pair were pictured sharing an intimate embrace and kissing passionately.

However the couple's pairing may have reignited Frankie's feud with her love rival Chloe Brockett, 20, who has been rumoured dating the Love Island star in recent months.