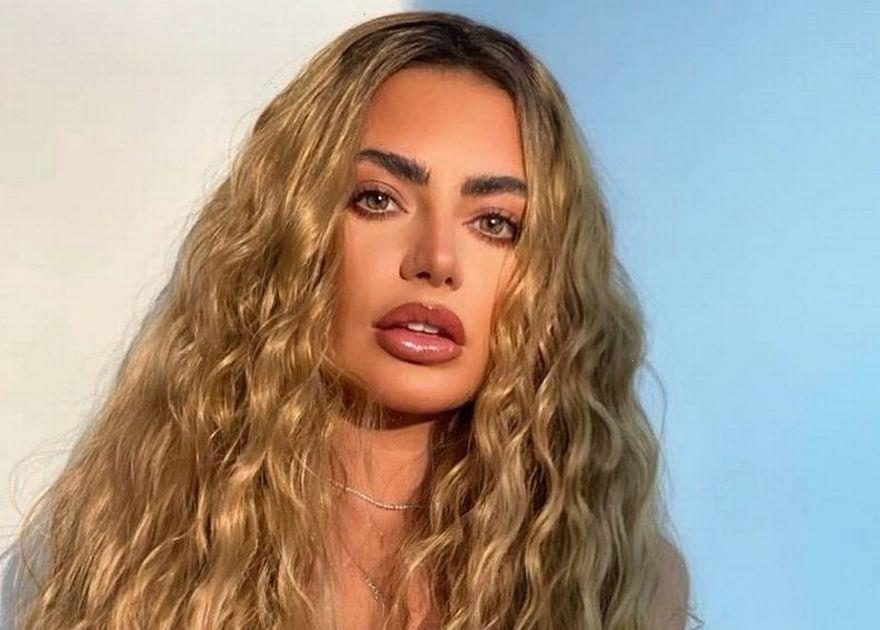 Megan, 28, is currently starring on Ex On The Beach and wanted to come across differently from her scandalous Love Island stint.

Theo Campbell chatted exclusively to the Daily Star about his upcoming Celeb MMA fight but also a little about his ETOB experience and co-stars.

The star said: "Love Island was a laugh – I was just messing about and I just went there to be my own entertainment and everyone else's. Ex On The Beach was not, it was personal, a lot of people on there had one night stands but I had real relationships.

"It wasn't great being on there and I ended up having the most exes come off and a little romance in there as well, so it was hardcore and every day had problems, it was my least favourite show."

When quizzed on Daily Star fave Megan, he revealed he was quite different from how some fans may expect.

He added: "Megan, she was like normal really, she is quite shy and timid, she's not really someone who is very controversial or gets involved with this and that. When asked if he would ever consider dating Megan, Theo slammed the idea and said he would "never go there".

"Na, I would never go there, Lockie (James Locke) is my boy, I'm not that type of guy to get with any of my mates' exes."

But would he be up for jumping on the bandwagon of Megan's mega OnlyFans success?

He added: "Erm, no, I can't pull that off… Yeah, I do get strange DMs and requests but it makes me feel the opposite of sexy like people ask me for feet pics and that, ugh, imagine my big size 13s…

"I'ts not for everyone, you know…" The Celeb MMA tournament in which Theo is taking part will take place at OVO Arena, Wembley in London on 24 June 2022.

When talking about his upcoming Celeb MMA fight, he said: "The odds are in my favour even though I have the disadvantage of being partially blind in one eye, it hasn't hindered me too much in training as I've learnt how to adapt and focus on one eye."

Other celebs fighting on the night will include Aisleyne Horgan-Wallace, Carl Woods, AJ Bunker, and James English, among many more.

To get tickets for Theo's fight and register interest visit here.

For more of the latest showbiz and TV news from the Daily Star, make sure you sign up for one of our newsletters here .