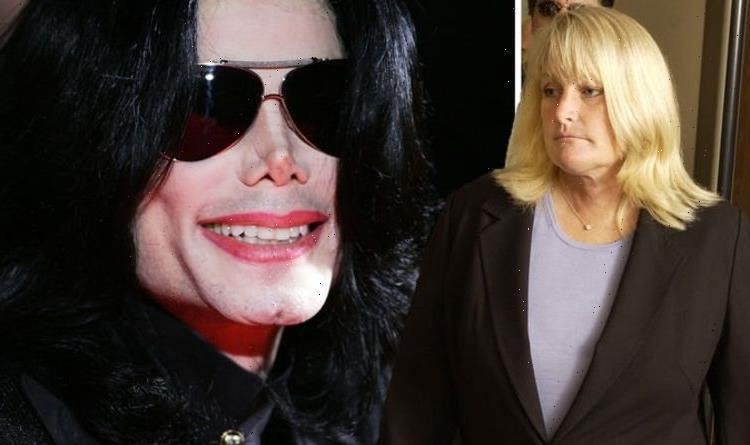 Michael Jackson divorced his first wife, Lisa Marie Presley – the only child of Elvis Presley – in 1996. The pair filed for divorce in December 1995, meaning they had been husband and wife for around 20 months. Just a few months later, on November 14, 1996, Jackson married Rowe.

Jackson and Rowe first met at the office of dermatologist Dr Arnold Klein.

The King of Pop had regular appointments at the doctor’s office where he was being treated for vitiligo – a condition that changed the colour of his skin.

At the time, Rowe was working as a nurse in the doctor’s office, which is where she first met the singer.

She was reportedly an extremely passionate fan of the singer.

Rowe later recalled that Jackson was “upset” after his divorce from Presley, as it might have meant he would never become a father, something he dearly wanted.

Just a few months after establishing a relationship it was announced that Rowe was pregnant with Jackson’s child.

Just a few short months later, Jackson and Rowe got hitched in Sydney, Australia, at the Sheraton on the Park Hotel.

They exchanged vows in front of 15 friends, including the star’s eight-year-old nephew Anthony, who served as best man.

Before the end of the year, it was announced Rowe was pregnant once again with Jackson’s second child.

Years later, in 2009, Rowe told a British newspaper that she “offered Jackson her womb” as a “gift”.

She went on: “I went to the office – which is what we called the medical clinic. They impregnated me. It’s just like I impregnate my mares for breeding. It was very technical.”

Rowe went on: “Just like I stick the sperm up my horse, this is what they did to me. I was his thoroughbred.”

Just over a year later, Rowe requested a divorce from the international pop star.

The pair were officially split on October 8, 1999 – but not before an enormous settlement was agreed.

In 2006 Rowe reached a new agreement with Jackson, giving her reinstated access to her children.

It is reported the new custody agreement allowed her even more visitation rights to Prince and Paris Jackson.