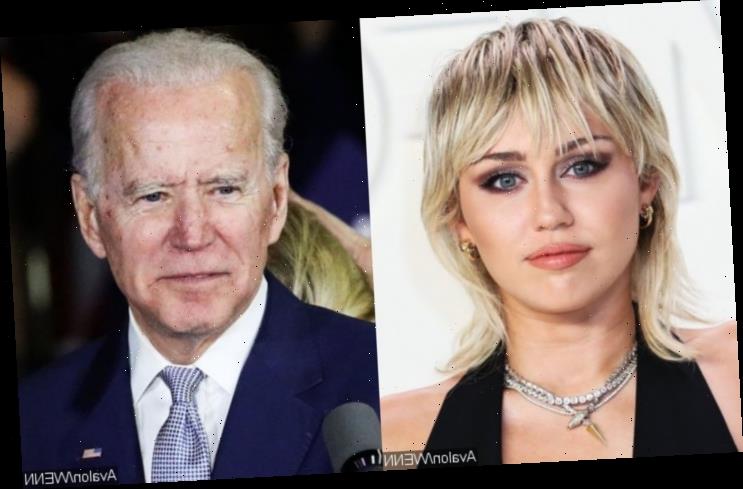 The 2009 single from the ‘Wrecking Ball’ hitmaker is reported to get more than 313,000 views on Spotify, and has re-emerged on the U.S. iTunes top 200 list following Donald Trump’s defeat.

AceShowbiz –Miley Cyrus‘ 2009 hit “Party in the U.S.A.” soared back into the charts over the weekend (November 07-08) following the results of the U.S. election.

The hit, which came in at number two on the Billboard Hot 100 during its initial run on the charts, also re-emerged on the U.S. iTunes top 200 list following Donald Trump‘s defeat, which came four days after the election began.

Democrat Joe was declared the winner of a tense election battle after he picked up the 270 electoral votes necessary to make him president-elect as vote tabulation continues in some states.

Showing off her video editing skills, Miley celebrated in her own way by sharing a mash-up showing Biden bopping to her hit single, alongside which she wrote, “Now THIS is a PARTY IN THE USA!”

Miley continued to play a role in the surge of “Party in the U.S.A.” streams as she later retweeted several videos of fans all across the country using the feel-good track to celebrate Biden’s win. In one video, a large crowd gathered in New York City’s Time Square and could be seen singing along to the track, while another video showed a group of people dancing to the song outside of the White House in Washington, D.C.