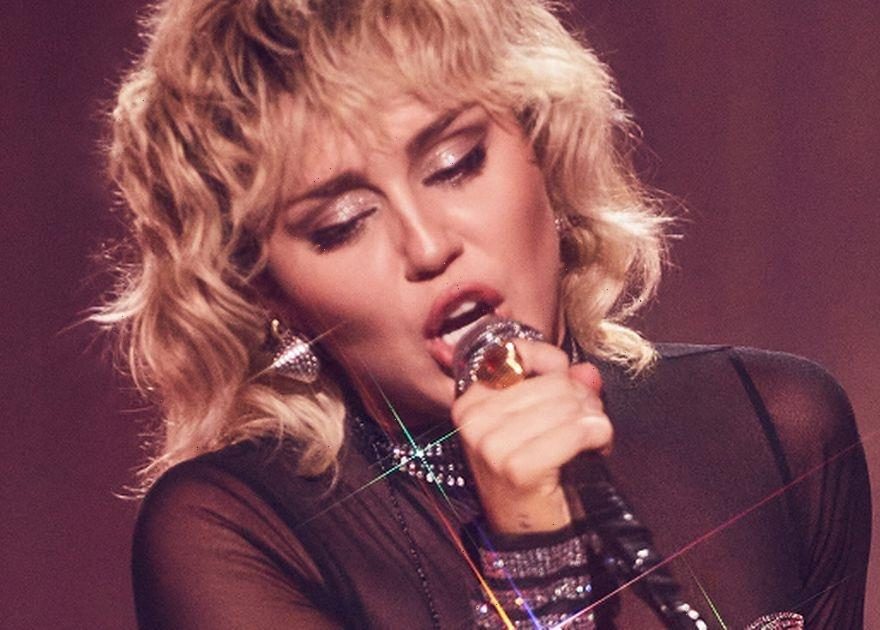 Miley Cyrus showcased her long legs and toned tum in a sheer leotard and bejewelled bra and pants during Pride Month.

The pop singer, considered to be a major gay icon by many fans, also rocked a bleached mullet as part of her retro ensemble.

Miley, 28, who has said she is pansexual, performed Cher’s hit Believe for Pride Special on Peacock TV, surrounded by a troupe of dancing drag queens, including Drag Race alum and All Stars 6 contestant Kylie Sonique Love.

Miley has recently been fully embracing the Eighties with her Joe Exotic-style ‘do and covering hits by the likes of Blondie.

Miley, who was married to actor Liam Hemsworth from 2018 to 2020, went on to have a relationship with Kaitlynn Carter.

Kaitlynn was married to Brody Jenner – half brother to Kylie and Kendall Jenner.

Their fling was super public and Brody, whose dad is Caitlyn Jenner, said he found out about it online.

He also said to Kaitlynn in the new season of The Hills that the lesbian aspect of their relationship was “gnarly”, adding: “In our entire relationship you never expressed that you had any interest in females whatsoever."

Kaitlynn, 32, who is now pregnant, replied: "I don't think that's fair or totally true to say" and that she just had not met the right girl.

The affair was short-lived and Kaitlynn has previously admitted that she was "mortified" and "naive" with all the attention that she started to get due to her dating the Wrecking Ball singer.

When discussing her sexuality, Miley has previously said that girls are “way hotter” and that “d*** make wonderful sculptures”.

She said in the Call Her Daddy podcast: "I felt like the women I ended up being around, the role fit easier for me, because even in my relationship with men, a lot of the times, I kind of hold a more dominant space.

"I love people, I love who I love, I've had relationships with all genders and I'm down. Right now I'm kind of in the mood for some D, but I'm down for whatever, honestly.”

Miley also said that she has felt a connection with the LGBTQ community “her whole life” and she hates the word bisexual because it “put her in a box”.

Being pansexual means a person is not limited in sexual choice to sex, gender or gender identity.

Speaking to Variety magazine, Miley said: “I don’t ever think about someone being a boy or someone being a girl. Also, my nipple pasties and s*** never felt sexualised to me.

“My eyes started opening in the fifth or sixth grade. My first relationship in my life was with a chick.”