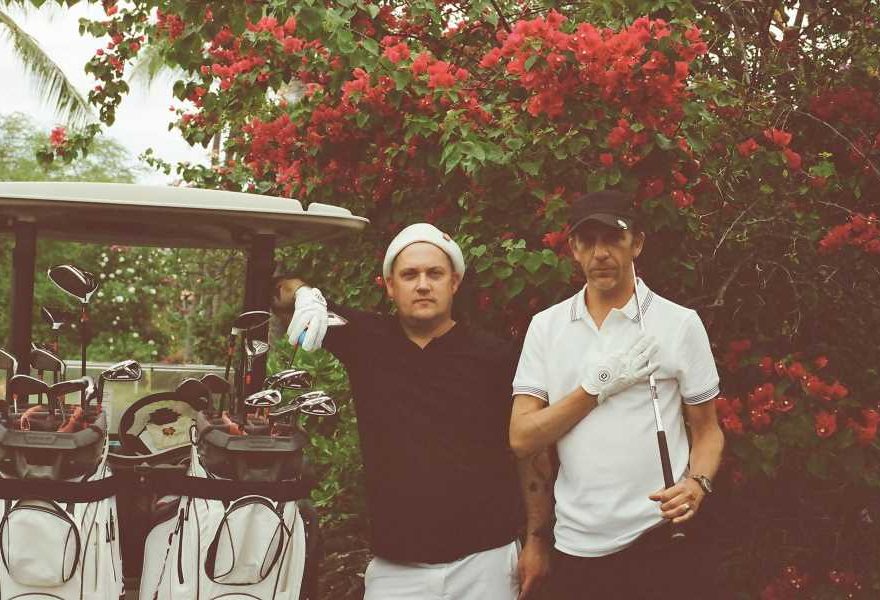 Modest Mouse were the perfect “right time, right place” band for the early Aughts indie-rock gold rush. They had legit Nineties alt-rock bona fides (Beat Happening’s Calvin Johnson co-produced Mouse’s high water mark, ’97’s The Lonesome Crowded West), and frontman Isaac Brock wrote quirky, clever songs in the traditions of Pavement, Pixies and early Beck, indulging a sort of unobjectionable, ready-for-primetime irony that perfectly soundtracked commercials between segments of The Office. One of those jingles, “Float On,” helped them score a platinum record, and before the decade was up, they had a Number One album and a gold plaque to show for it with We Were Dead Before the Ship Even Sank. Their ascent was a rare instance where a cultural moment came to a band, and not the other way. But Modest Mouse didn’t concern themselves with zeitgeist, and they waited eight years to follow up their hit with 2015’s Strangers to Ourselves.

Modest Mouse Give Rousing Performance of 'We Are Between' on 'Fallon'

Another six years later, on their seventh LP, The Golden Casket, Modest Mouse are making music the same way they always have, but it sounds more forced this time, like they had to work harder to find inspiration. Brock’s lyrics still reflect a man who is too deep in his head about the world at large — many of the songs are ruminations on the role technology plays in everyday life — and he and the rest of the band still indulge (and overindulge) in making their songs as textured and messy as humanly possible, even to the detriment of the melodies. Sometimes it works, but more often than not, the songs are knotty and mediocre enough to make listeners nostalgic for past, better Mouse works.

The album’s most obtuse track, “Transmitting Receiving,” pairs Brock’s voice listing everything he can think of (actual lyrics: “vacuum cleaners, windows, lights, fans, scales, your smart device”) with glitchy, electro-damaged guitar chords. When he quits taking inventory, an act that incidentally sounds like a ham-fisted update of “We Didn’t Start the Fire” (without the history lessons or exciting cola wars), Brock’s point comes to the fore: modern life is too inundated with technology. “Some things aren’t visible,” he sings, “like yesterday, beams of light, cellphones calls.” A few tracks later, on the more upbeat “Japanese Trees,” he continues his Luddite sophistry, singing, “We’ll ditch our phones in the rest-stop bathroom.” And on “Wooden Soldiers,” a song whose xylophone-like tinkles and backwards guitar are as distracting as push notifications, he sings about “hashtagging, photo bragging.” It’s as if he’s saying, life is complicated these days, so here’s some complicated music to back that up.

But when Modest Mouse are able to get the hell out of the way of their own songs and cut loose, they can still come up with some memorable melodies — you just might need a machete to cleave a path to them. The Casket song with the simplest arrangement (which doesn’t arrive until track 10), “Leave a Light On,” sounds like a distant cousin of Screamadelica-era Primal Scream — it even has a chorus ready for a sing-along (“We’re leaving, we’ll be home soon”) and Brock’s signature irony (“Your heart’s where my house is”). But largely, the band would rather cloak its songs in layers of audio distractions.

On “Fuck Your Acid Trip” they take the strobing guitar trick onetime Mouse associate Johnny Marr pioneered on the Smiths’ “How Soon Is Now?” and cover it with handclaps, electro noise, and static — playing up the song’s lysergic lyrics — and while all of that is funny enough, it’s almost shocking when Brock sings the chorus, “We’ll figure it out,” because it’s so straightforward. (The album’s other cutesy “fuck” song, “Never Fuck a Spider on the Fly,” is too overdressed with fluttering noise and echoes to feel comfortable.) Meanwhile, “Lace Your Shoes,” a song Brock wrote for his kids, could have been a good pop-rock song if he would have ditched the cyberpunk overreaching. Instead, he doubles his voice on the verses with an Autotune effect that sounds like it’s come from another dimension — or, as often is the case here, another time.

Like many Modest Mouse records, The Golden Casket sounds cluttered and that’s likely how they want it. They never define what “the golden casket” is on the album, but too often, it seems like the phrase might be a metaphor for their own hermetically sealed instincts.