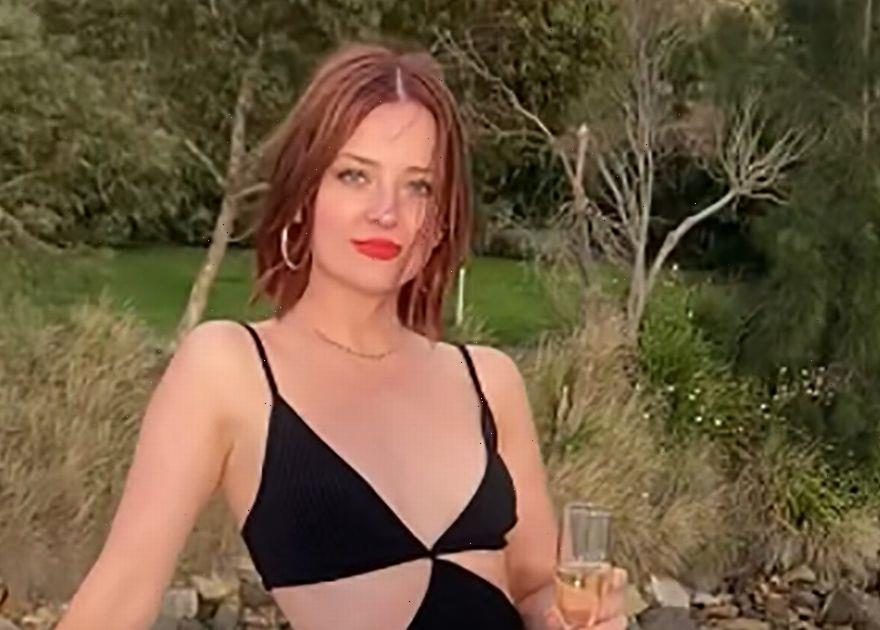 Charlotte Chimes has amassed an army of fans since she first waltzed into Ramsay Street.

The Aussie actress and producer was cast as the character Nicolette Stone back in 2020 and quickly became a big hit with viewers of the much-loved soap Neighbours.

But as well as keeping her fans entertained with her antics in Erinsborough, Charlotte has built up a sizeable following online thanks to her sexy Instagram snaps.

The star – who was born in Queensland in January 1994 – regularly shares little titbits from her day to day life off screen – and her followers can't get enough of it.

Red hot on the racetrack

Charlotte sent her Instagram fans into a meltdown when she shared this snap of her on the racetrack.

The actress looked incredible in a skimpy black dress that flashed her killer abs and showed off her long legs.

Her hair was swept off her face and her skin glowed as she gave the camera a coquettish stare.

Fans littered the comments section with flaming hot emojis as they called her "stunning".

"Got my motor revving," quipped one admirer.

Glammed up for a party

Charlotte clearly enjoys a night out and every now and then shares pics of her out out with her friends.

Her fans declared her "so beautiful" when she posted this fun shot of her posing in a clinging bronze top that left her toned midriff bare.

The actress wore her red hair pulled into an elegant twist on the top of her head as she pouted sexily at the camera.

The star set pulses racing when she shared a picture showing her leaving little to the imagination in a teeny red bikini.

The seriously sexy swimwear, held together with big gold rings, perfectly showcased Charlotte's unbelievable body, as she relaxed on a lounger.

Sipping a cold drink, she served up an intense stare at the camera as she told her fans she was in "PARADISO".

Several people just posted "wow", and one follower said Charlotte had made their day.

"You are so beautiful, sexy, classy," one said.

"You look absolutely sensational," said another.

The bombshell looked gorgeous when she donned a skimpy green string bikini to soak up the sun.

The redhead paraded her enviable, washboard abs as she snapped a selfie of her in the suit, which had the words "Father", "Son" and "Holy Spirit" emblazoned on it.

Charlotte wore her luscious locks loose over her shoulders as she adjusted her blue sunglasses.

"Hottt!" posted one of the screen star's fans, while another said she was "something else".

One person even confessed that they fell off their treadmill when they saw the sizzling shot.

"That's one way of getting people closer to Jesus," teased one follower.

Charlotte looked ravishing when she slipped into an elegant, long black dress for drinks on a boat.

The slinky number clung to the star's curves, while large cut outs at the sides gave fans a glimpse of her taut midriff.

A long slit at the side flaunted her long, slender legs, which were accentuated with towering nude heels.

Charlotte's hair was cut into a bob that grazed her shoulders and red lipstick highlighted her plump pout.

"That dress is beautiful on you," posted one fan, while another told the star: "Rock it girl!"

"In love with you," said another.

One admirer called Charlotte an "icon" and another wrote: "YOU LOOK FIRE!"