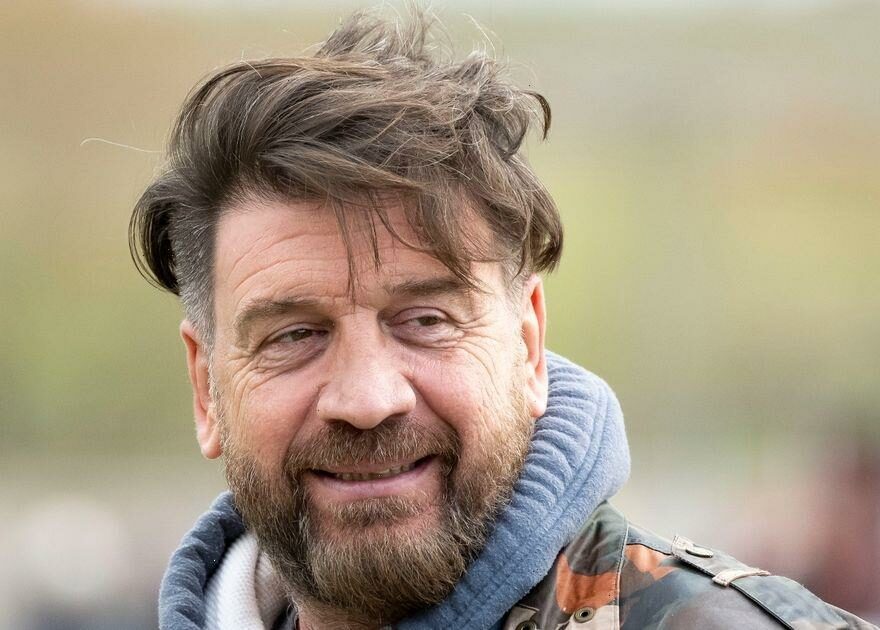 DIY SOS presenter Nick Knowles has said his 32-year-old girlfriend is wealthier than him as he hit back at critics saying she is only with him for his money.

The millionaire is celebrating his 60th birthday on Wednesday (September 21) — and he may well be blowing out the candles with a woman 28 years younger by his side.

Mr Knowles might be eligible for his free London bus pass after entering his sixth decade, but that has not stopped him from attracting younger women.

The broadcaster has reportedly been dating his new flame Katie Dadzie since summer 2021.

Here we take a closer look at their age-gap romance, and how they met.

Nick Knowles, according to widespread reports, struck up a romance with mum-of-two Katie Dadzie after being friends for several years.

The Daily Mail said the BBC presenter is believed to have met his new love interest after they were introduced at a playgroup their children attended together.

A source told the publication in 2021: “Nick and Katie have known each other for a couple of years, but it's always been platonic.

"They actually met through their youngest offspring and went on a few playdates as pals, before romance blossomed. Katie is a beautiful woman, fiercely independent and just Nick's type.

"They've met one another's friends and, although it's early days, everyone is hopeful this might be for keeps."

According to her Instagram, Katie runs two businesses – Boa Boa which sells lingerie and sex toys and another called Boobbix which flogs “lactation products for breastfeeding mums”.

A pal told the Mail that Knowles, who has had two failed marriages, “can’t believe his luck” that the pair are an item.

Knowles, who is thought to be worth more than £7m, lashed out at online critics after facing claims his young sex toy-selling lover was only with him for his cash.

He was mocked after being snapped kissing Katie during a lavish Mayfair dinner date in April.

Taking to Twitter, he said: “If you put yourself on TV then you know you are going to get all that stuff. It is more upsetting for the people I am with.

“Some of the nasty things that are said, and the implication that because she is younger that she is only interested in me for the money or whatever.

“She has two kids, she owns property, has three businesses on the go, is wealthier than me. It is upsetting that they talk about people I am with.”

The confirmation that he was back dating again came after Knowles ended his romance with PR guru Emily Hallinan, 27, in 2020.

He has a son, Eddie, with ex-wife Jessica and two adult children from his first marriage to Gillian Knowles before their split in 2000.