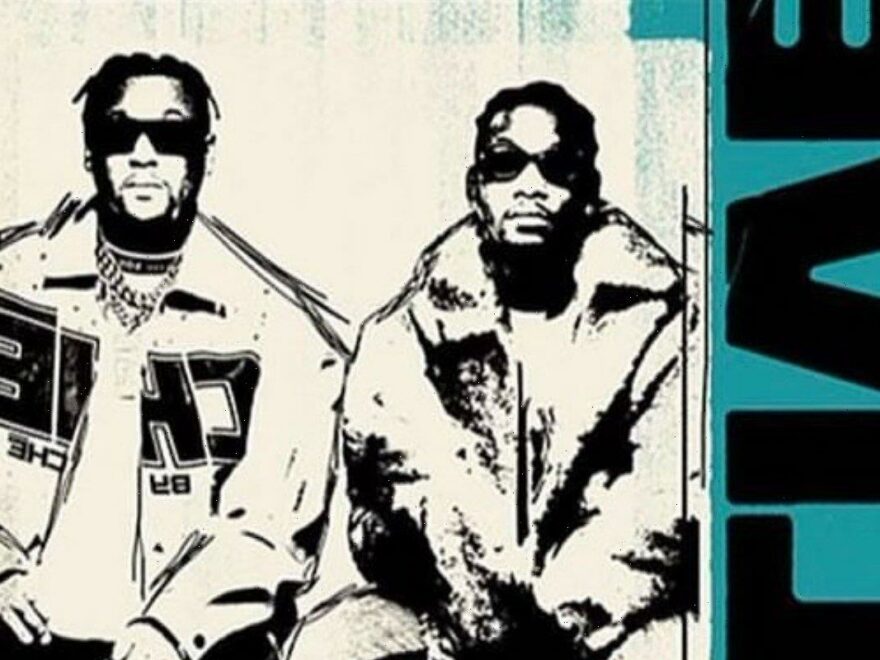 The one-third of Migos unleashes the track as he’s preparing to release his sophomore solo album, which was due on November 11, 2022, but getting postponed in the wake of Takeoff’s death.

AceShowbiz –Offset and Hit-Boy have teamed up for a new single. On Friday, January 13, the one-third of Migos and the record producer unleashed a collaborative track called “2 LIVE”.

Released in partnership with Patron, the song finds Hit-Boy rapping his own verse. “Ain’t no such thing as too thick, she wear a waist trainer in the crib/ Started an OnlyFans, gettin’ tips, seven-six-two, her a** that big/ Marni sweatеrs, ran it up at Websters/ She can make a post breakup feel better,” he spits.

Offset then chimes in, “She get crazy, I blew eighty/ We got faded, I woke up, bought her Mercedes.” He continues, “Racks on top of the table, she got Birkins, alligators/ She was a waiter, but she left you for my paper.”

Offset has been preparing to drop his sophomore solo album. The husband of Cardi B initially planned to release the project on November 11, 2022, but he decided to delay it in the wake of Takeoff‘s death.

Takeoff’s death has left Offset devastated. Admitting that he’s still in a grieving process, the 31-year-old confessed in late December that he has been faking his smile since losing his cousin and Migos groupmate in the Texas fatal shooting.

“S**t not easy fake smiling and s**t tryna keep walking with my head up,” Offset wrote. He added a photo of his late cousin flashing a peace sign onstage.

As for Hit-Boy, he and Musiq Soulchild teased that they are working on a joint album that could be released as soon as next month. “[It] is designed to address the topic of the challenges we all deal with in relationships, but I’m approaching it from a slightly different angle than I used to,” the latter said of the project while on the “Top Billin’ ” podcast.

“It’s more abstract, at the same time direct,” he elaborated further. “A lot of people don’t realize which one they are; they think they’re one when they’re the other.”