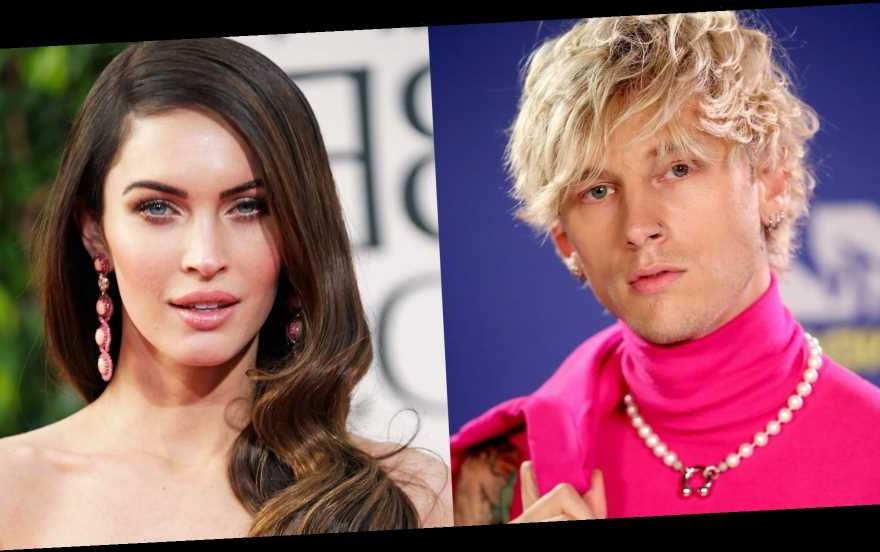 Machine Gun Kelly and Megan Fox made their music video debut in May with his foot-centric “Bloody Valentine” masterpiece and the couple just followed it up with a celebratory video for “Drunk Face.”

MGK filmed this one on the same day of his album release, and it starts with him driving with his head out the window singing, “I’m still young wasting my youth. I’ll grow up next summer.” Damn. Felt that in my soul. Then, the documentary-esque camera flashes to him and Megan kissing in what looks to be a tour bus. (Fast forward to 0:18 if that’s all ya care about. No shame.)

Seconds later, MGK and Megan are seen hopping off a flight to go to his 27 Club Coffee shop opening in Cleveland, Ohio. And around the 30 second mark, you can see her painting his nails and have a private conversation. Though MGK already revealed his obsession with Megan’s feet, they did not make an appearance on his face this time.

If you follow MGK on Instagram, you know this night also included Megan and MGK climbing rooftops, but that wasn’t featured in the video. Absolutely crushed, but perhaps that’s another subject for another time.

Talking to Howard Stern about this new era, MGK said, “After I made the big chunk of the album, I did fall in love for the first time.” He’s talking about Megan, obviously. He continued, “That was my first experience with being open to love and stuff like that. I definitely wasn’t set up to believe that that’s something that could ever exist.”

And their love story continues on…