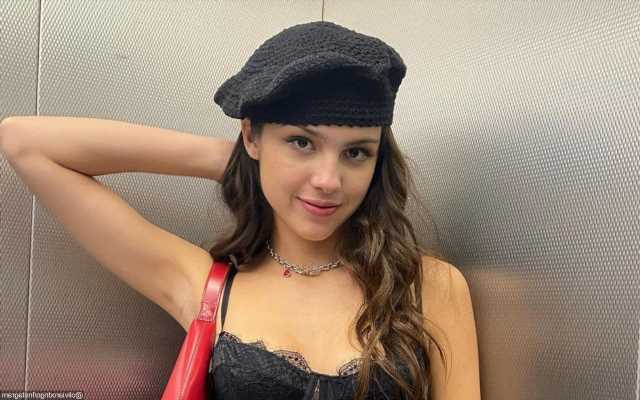 As many of the tracks on her debut album ‘Sour’ deal with heartbreak, the ‘Driver’s License’ hitmaker reveals that she’s always been ‘obsessed’ with ‘feeling of loss.’

AceShowbiz –Olivia Rodrigo has put rumors claiming that she’s depressed to rest. In a new interview, the “Driver’s License” hitmaker assured her fans that she is not “depressed” and “crying” all the time as many of the songs on her debut album “Sour” deal with heartbreak and angst.

Olivia continued, “I was really sad, I was a 17-year-old girl going through my first real heartbreak, but I think a lot of people also think that, listening to my music, I’m a sad, depressed person.” The “High School Musical: The Musical: The Series” actress stressed, “That couldn’t be farther from the truth. Definitely not crying on my bedroom floor all the time.”

As for her hit song “Driver’s License”, Olivia admitted that she wrote the track after going through her first “real heartbreak.” She recalled, “I just remember writing it and feeling like it was a page ripped out of my diary, because it was so intimate and vulnerable.”

“I just think there was no other option for me. I had to write it, I had to write it for me, to get it out,” Olivia said. The “Good 4 U” songstress went on to note that she “would feel sick” if she kept all of the heartbreak feelings in. She added, “But really at the core of it I had to do it for myself.”

Elsewhere in the interview, Olivia also divulged that she has been seeing a therapist since she was 16 years old. “That was a really big, life-changing moment, and I’ve learned so much about myself,” she shared.

“I think there’s sometimes a stigma around it, too. Sometimes people are like, ‘You don’t need that. You have so much. Your life is so great. What are your problems?’ I think that’s a thing that sometimes older people can do to younger people too, just trivialize what they’re going through,” Olivia said. “But it feels so real when you’re in it, it feels so valid. Just because it’s not an adult problem, where you don’t have to pay taxes yet or whatever, doesn’t mean it doesn’t hurt.”