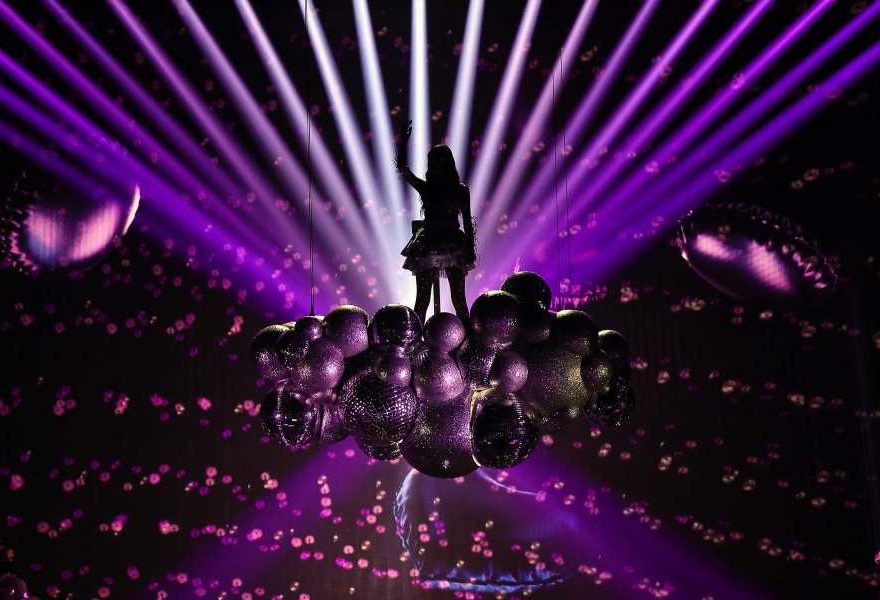 Olivia Rodrigo brought all the emo energy to “Good 4 U” during the 2021 MTV Video Music Awards at Brooklyn’s Barclays Center on Sunday. The song from her debut album Sour, which arrived in May, is nominated in the Best Pop category.

During her set, Rodrigo channeled her “Sour Prom” aesthetic with a background of floating butterflies, disco balls, and metallic balloons. Gripping the mic with her purple lace-up gloves, the pop singer commanded the stage with her soaring vocals, even breaking a camera lens at the end of her set.

“Good 4 U” spent six straight weeks on the top of Rolling Stone‘s Top 100 Songs chart over the summer, making Rodrigo the female artist with the most consecutive weeks atop the RS 100. Her other nominated song, breakout single “Driver’s License,” ruled the first half of 2021. It broke the record for biggest first week on the RS 100 as well as single-day streaming records on Spotify. Sour also topped the RS 200 chart upon its release.

The singer is up for five awards, including Artist of the Year, Song of the Year and Push Performance of the Year both for “Drivers License,” Best New Artist, and Best Pop.

Last month, Rodrigo dropped the new video for “Brutal” shortly after she released the vinyl version of Sour.