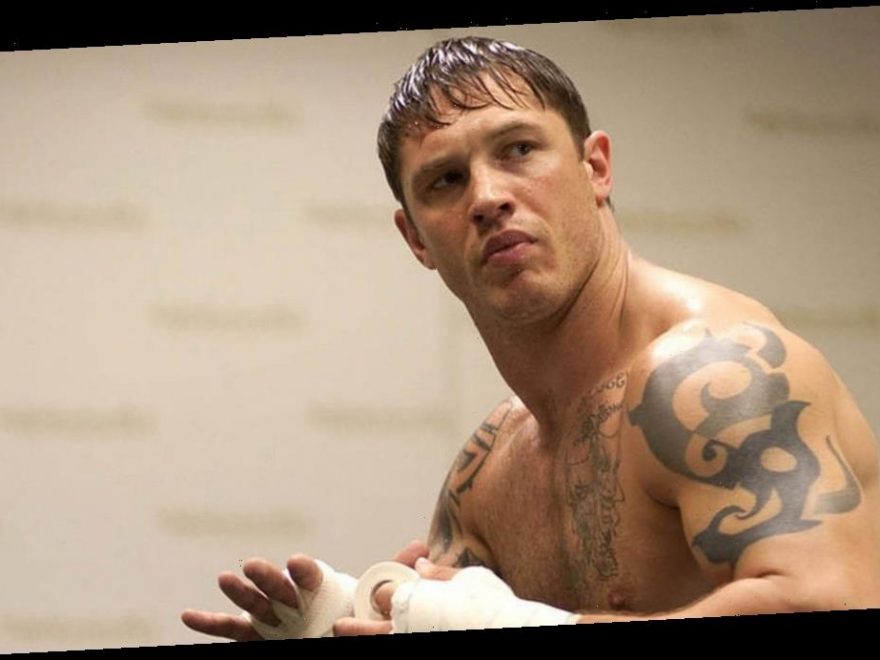 Tom Hardy is arguably the best man for the job when it comes to acting as dark and twisted characters in films and TV series.

The 43-year-old Hollywood actor has starred as Batman but also as the gangsta Kray twins and murderer Charles Bronson.

But in his own personal life he has also battled adversity, hardship and had a dark and twisted past himself.

He's been sober now since 2003 but once admitted he would have "sold his mum for crack" as he battled a gruelling drug and alcohol addiction before he booked himself in for rehab.

Hardy was also arrested as a teen and went through some heartbreaking break-ups.

However, the actor has enjoyed huge success in a number of blockbuster films, including Inception, Legend, The Dark Knight Rises and Dunkirk.

So, as the star turns 43-year-old today, Daily Star Online has taken a look back at his life.

Arrested as a teen

The actor has played many bad boys on the big screen but it turns out he had a little spell of it as a teenager in real life and was once arrested.

He once described himself as a "naughty boy" between the ages of 12 and 19.

Growing up, Hardy attended boarding school but according to author James Haydock, he was kicked out after he was caught stealing sports uniforms.

He was also tossed in the clink on several occasions for disorderly conduct.

But on one occasion, it went a little too far…

In 2017, he told the Daily Mirror that he was arrested when he was just 15-years-old for joyriding.

Hardy, grew up in the suburb of East Sheen in South West London, and said his "privileged and peaceful" upbringing pushed him to want to "f**k everything up" by taking the Mercedes out for a spin illegally.

He said: "It's the suburbs, the life is so privileged and peaceful and so bloody dull, it gives you the instinctive desire to want to f**k everything up.

"I got arrested at 15 for joyriding in a stolen Mercedes. And for good measure there was a gun in the car.

"I just had to endanger myself – it was a kind of self-harming."

Hardy's addiction to crack cocaine was so bad that he once admitted he would have "sold my mum for crack".

He's spoken publicly about his addictions many times and has now been proudly, and happily, sober since 2003.

For Hardy, he told Daily Mirror in 2014, his first encounter with thinking about drugs was when he was 11.

When he was 11, the police visited his school and warned his class about the dangers of sniffing glue. But he thought: “I know where to find that now – bang.”

Hallucinogens, he says, were “fun and games” and by 13 he had careered off the rails and was dodging the police.

He was expelled from his boarding school, Reed’s in Surrey, for stealing, and eventually plunged into an alcohol and crack cocaine addiction which was to govern his life until his mid-20s.

Speaking to Yahoo! New Zealand, he said: "I would have sold my mother for a rock of crack."

In an interview with Essentials magazine, the Batman star considers himself lucky to have survived his addiction.

He said: "I was a shameful suburban statistic. I was told very clearly, 'You go down that road, Tom, you won't come back'.

"That message stayed with me clearly for the rest of my days. I am … lucky to be here."

Following his drug addiction, Hardy seeked help but, of course, rehab is incredibly hard and emotional to go through.

The star famously checked himself into rehab and has now been sober since 2003.

Speaking to Daily Mirror in 2017, said he learnt how to "manage" his demons through rehab.

The Mad Max actor said: "I went in [to rehab] thinking I'd do it for a little bit until I can go out and drink and people forgive me.

"But I did my 28 days and, after listening to people who had been through similar circumstances, I realised I did have a problem. Now I know my beast and I know how to manage it."

Despite being in control of his addictions, Hardy said he could still "destroy everything" if he has too much to drink.

He told the publication: "If I had four pints of lager and half a bottle of vodka I could turn this room into an absolute f***ing nightmare in about three minutes.

"I could destroy everything in my life I have worked so hard for."

Hardy opened up about his fluid sexuality in the past, revealing that he had experimented with gay sex in his younger days.

"I’ve played with everything and everyone. I love the form and the physicality, but now that I’m in my thirties, it doesn’t do it for me.

"I’m done experimenting but there’s plenty of stuff in a relationship with another man, especially gay men, that I need in my life. A lot of gay men get my thing for shoes. I have definite feminine qualities and a lot of gay men are incredibly masculine.

"A lot of people say I seem masculine, but I don’t feel it. I feel intrinsically feminine. I’d love to be one of the boys but I always felt a bit on the outside. Maybe my masculine qualities come from overcompensating because I’m not one of the boys."

Before Hardy met his now-wife actress Charlotte Riley who he met when they laid eyes on each other when they were cast as Cathy and Heathcliff in the 2009 TV adaption of Wuthering Heights.

At the time when they first met, Hardy had been divorced once and had just gotten out of a breakup with his first son Louis' mother, Racheal Speed.

His last relationship before meeting the love of his life was to Rachel, who he shares son Louis with.