Having completed his US tour and celebrated his 80th birthday, Sir Paul McCartney was honoured to be Glastonbury Festival’s oldest ever headliner. During his set from the Pyramid stage, he invited Dave Grohl on in his first public performance since Foo Fighters’ drummer Taylor Hawkins suddenly died in March. The music stars soon burst into renditions of I Saw Her Standing There and Wings’ Band On The Run.

Later on in the show, McCartney surprised fans further by introducing Bruce Springsteen, who previously cameoed at his New York show earlier this month.

The duo performed Glory Days and The Beatles’ I Wanna Be Your Man together, before a third star “joined” Macca.

Near the end of his set, McCartney shared how Peter Jackson, who directed The Beatles: Get Back documentary for Disney+, could edit footage of John Lennon to be able to virtually duet with his old songwriting partner.

The 80-year-old said: “I’ve got a special little thing here. One day, Peter Jackson rings me up and says he can take John’s vocals and isolate them so that you can play live with John on tour. He said do you fancy that?” 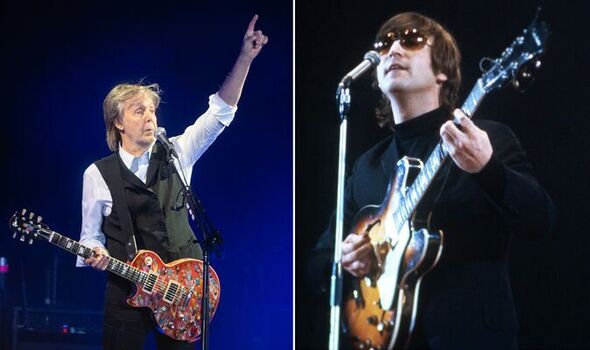 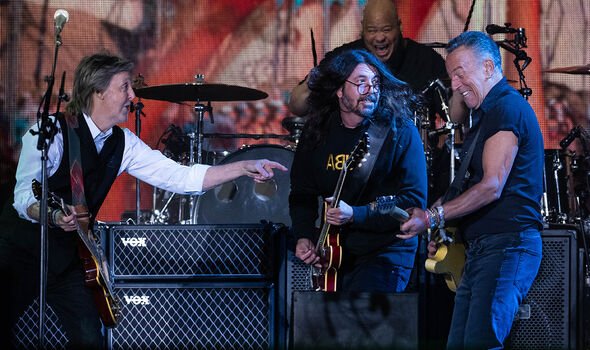 The clips of the late star, who died in 1980, were taken from The Beatles’ rooftop performance in 1969, the Fab Four’s final live show.

With Lennon on screen behind, he and McCartney were able to sing I’ve Got A Feeling together from The Beatles’ last album Let It Be. Fans can check out the set when it was previously performed in the US below, or on BBC iPlayer when made available later today.

Afterwards, an emotional Macca told the Glastonbury crowd: “That’s so special for me man. I know it’s virtual but come on – it’s John. We’re back together.”

Following on, both Grohl and Springsteen joined him back on stage for an incredible improvised guitar riff off. 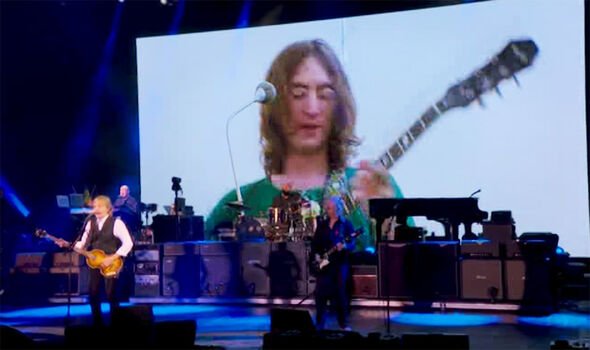 Fans watching at Glastonbury and at home on the BBC couldn’t hold back their emotions at the incredible sight.

Mark Monro wrote: “Sat here at 1am with tears leaking out at Paul McCartney getting to sing with John Lennon one more time. Magic.”

Rachel Hughes shared: “I am absolutely blown away. @PaulMcCartney @glastonbury was immense. So emotional. All those amazing songs. OMG, and then Dave Grohl comes on stage and that broke m. And then @springsteen. And then singing with John Lennon. I am emotionally drained. Wow. Just wow.” 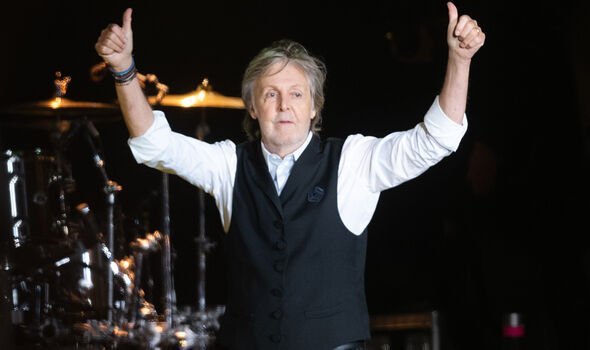 Can’t Buy Me Love
Junior’s Farm
Letting Go
Got to Get You Into My Life
Come On to Me
Let Me Roll It
Getting Better
Let ‘Em In
My Valentine
Nineteen Hundred and Eighty-Five
Maybe I’m Amazed
I’ve Just Seen a Face
Love Me Do
Dance Tonight
Blackbird
Here Today
New
Lady Madonna
Fuh You
Being for the Benefit of Mr. Kite!
Something
Ob-La-Di, Ob-La-Da
You Never Give Me Your Money
She Came in Through the Bathroom Window
Get Back
I Saw Her Standing There (with Dave Grohl)
Band on the Run (with Dave Grohl)
Glory Days’ (Bruce Springsteen cover with Bruce Springsteen)
I Wanna Be Your Man (with Bruce Springsteen)
Let It Be
I’ve Got a Feeling
Helter Skelter
Golden Slumbers
Carry That Weight
The End