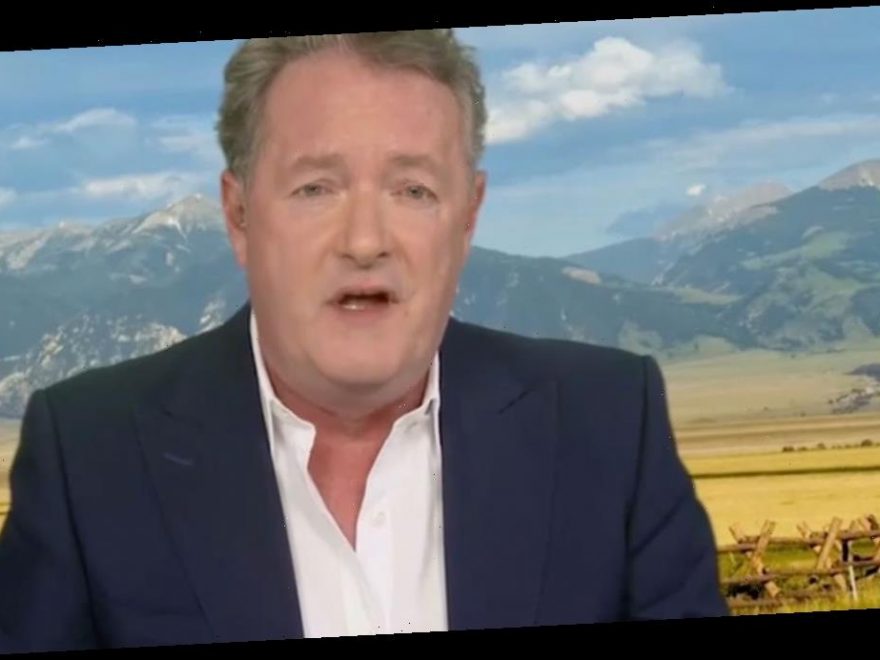 Piers Morgan appeared on Tucker Carlson's Fox Nation show to share his side of the story in his first interview since sensationally quitting Good Morning Britain last month, and he had plenty to say.

The presenter made a number of bombshell claims during the interview, kicking off by calling Meghan Markle and Prince Harry’s interview with Oprah as a "90-minute whine-a-thon".

He did not hold back on his views on the couple and took the opportunity to launch fresh attacks on the pair and his former co-stars.

Here at Daily Star we take a look at the juiciest revelations and bombshells from Piers’ interview.

Still disbelieving the claims that Meghan made in the Oprah interview, Piers told Tucker that he found it “impossible to believe” the Duchess had not been given help when she said she had thoughts of suicide.

During her interview, Meghan said she had been told she could not seek help for her mental health because it “wouldn’t be good for the institution.”

He said: “You're accusing people in the palace of being unspeakably cruel simply to protect the brand of the Royal family, if that is true let's have the names of these people and let's go to them and ask them is this true.

"'Did you tell a suicidal woman, who told you she was suicidal, not to get help?' – because I find that impossible to believe."

Mental health charity Mind released a statement adding: “It’s vital that when people reach out for support or share their experiences of ill mental health that they are treated with dignity, respect and empathy."

Piers praised Harry for his past military service but criticised him for now what he claimed was a “whiny brat” in later life.

He said: "What's happened to that guy? He's turned into a whiny brat.

"He's in his mid-30s crying his dad won't fund him financially.”

In another attack on the couple, he said: "Talking about themselves… is their only currency…. without that, they're just another couple of celebrities on the Huxta trail."

Harry told Oprah the lack of funding has led to the couple having fears for theirs and Archie’s safety.

They claimed their security was cut when they moved overseas as they were no longer acting as royals.

Piers claimed to Tucker that Harry and Meghan had slipped up 17 times during their interview with Oprah and were provably untruthful.

"17 different claims by the pair of them have now been proven to be either completely untrue, or massively exaggerated or unprovable."

He went on to say that as he watched the interview he became sure that the claims the couple made ”just couldn’t be true”.

Buckingham Palace has not responded to each individual claim from the Duke and Duchess of Sussex.

But the palace did release a statement a few days after the interivew stating: “The whole family is saddened to learn the full extent of how challenging the last few years have been for Harry and Meghan.

"The issues raised, particularly that of race, are concerning. While some recollections may vary, they are taken very seriously and will be addressed by the family privately.

“Harry, Meghan and Archie will always be much-loved family members.”

Piers famously clashed with former co-star Alex Beresford, 40, for questioning the truth behind Meghan’s claims, ending with the controversial star storming off set, before quitting the next day.

Piers blasted Alex saying: "He is the stand-in weather guy, he's not a journalist, someone I've helped in his career like he has asked me to.”

He added: "I specifically asked for him to come in that morning… He was himself biracial and he wanted to explain to us. I said, well come on air. Let's have the conversation.

“But the moment he came on-air, he came with a pretty premeditated attack on me that was quite personal.

"I walked off…I was angry in the moment that he was trying to personalise this, make it I had some personal vendetta about Meghan Markle, which I don't."

Alex recently confessed to feeling a personal connection to Meghan and Harry’s interview.

He expressed he too had been asked questions about his unborn child’s skin colour and said: “Last month’s Harry and Meghan interview resonated with me on so many levels, from a similar experience around the concern of a baby’s shade of colour to the devastation of laying to rest someone very close to my heart just three months ago, who had those same suicidal thoughts.

“Whilst appearing to be a Royal problem, it felt so personal to me.”

Piers wrote in his Daily Mail column that his ex-wife 'talks more fondly about him', referencing his former co-star Susanna Reid’s “stony-faced” statement on GMB after his exit.

He admitted: "I was disappointed. Susanna, my co-host for five years – who is a good friend of mine.”

However, he claimed that her reaction was born out of fear that she too would be given the axe if she appeared too friendly toward him.

Piers said: "I honestly think she was in the grip of fear, I think she was fearful if she went too far in saying nice things about me the same thing might happen to her.

"A huge Twitter pile on, there was no mainstream media interest in what I said, it was all been driven online by a very orchestrated mob."

Sharon Osbourne 'paid a price' for being a loyal friend

Piers also took the opportunity to defend his celeb pal, Sharon Osbourne, saying she paid the price for being a “loyal friend”.

Sharon quit her TV show The Talk after rowing on-air with co-host Sheryl Underwood about whether or not Piers’ comments about Meghan bordered on ‘racism’.

Piers acknowledged Sharon, saying: “And I’ve seen friends of mine like Sharon Osbourne being removed from their job for defending me because apparently, they were defending a racist.”