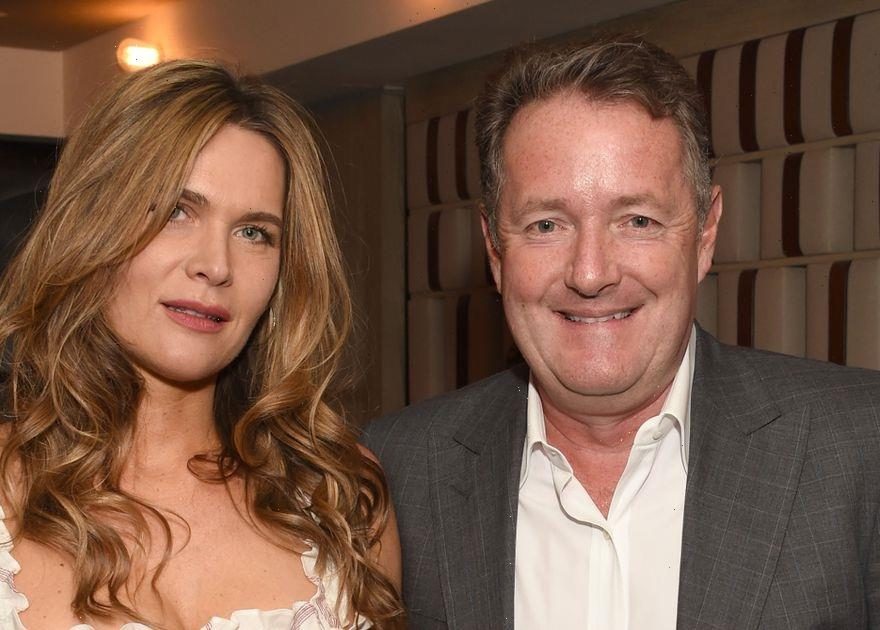 Porky Piers Morgan is refusing to let his wife strap him into a Spanx-style male corset.

The lardy loudmouth, 56, who is trying to shift the timber he piled on in lockdown, has snubbed the girdle for guys.

His missus, journalist Celia Walden, said: “‘Would you wear one of these?’, I asked the husband on Sunday, swivelling my laptop around to show him an image of a new men’s corset that promises to ‘enhance the male figure by giving it a V-shape appearance’. A glance, a lowering of brows, and a definitive: ‘No’.”

Former gossip columnist Celia, 45, said Piers went into a strop, refusing to look her in the eye.

She added: “I should have stopped there, but I was having too much fun.”

She had a “fantasy” over flabby Piers in the “bone-crushing contraption”.

Back in January, Piers spoke of his weight gain, explaining that he was tipping the scales at 16 stone after eating six meals a day.

Speaking before he quit Good Morning Britain, he said: "My own Good Morning Britain day regime is usually porridge and honey at 5.30am, Marmite on toast at 7.30am, eggs and something when I get home at 9.15am, possibly another sandwich snack at 11am, and a hearty lunch at 12.30pm before attacking the biscuit tin in the afternoon, until my wife Celia locks it away."

Referencing a slimmed-down Eamonn Holmes, he added in his Daily Mail column: "By 5pm I'm slumped on the sofa like a zombie waiting for dinner.

"As a result, I now weigh 16 stone, a stone more than when I started at GMB, and the former 'Telly-Tubby' has gone from being my merciless fat-mockery to my fitness role model.

"So my resolution is to weigh the same as Eamonn Holmes by the end of 2021."

In comparison, Eamonn shed three stone, going from 18st to 15st thanks to juicing, fasting, walking and doing Pilates.