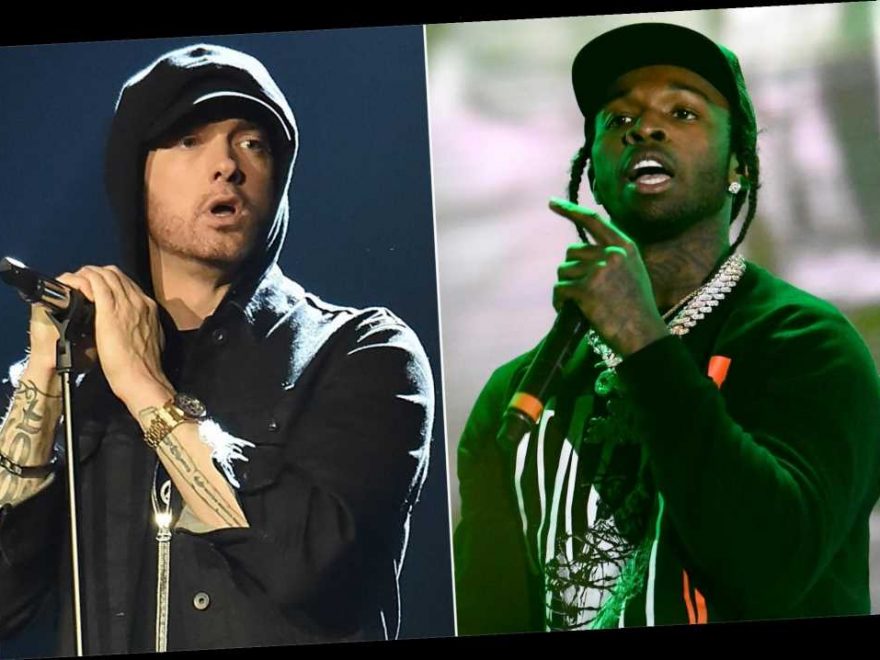 Pop Smoke has made history.

The late star's posthumously released debut studio album, Shoot for the Stars Aim for the Moon, now holds the record for longest weeks in the No. 1 spot on Billboard's top rap albums chart. The historic project amassed its record-breaking 20th week atop the coveted list on Billboard's chart dated March 27.

This means Smoke, né Bashar Barakah Jackson, beat out Eminem, 48, who held the record since 2011, after his seventh studio album Recovery spent 19 in the top spot (following its June 18, 2010 release date).

Fellow rapper Drake holds the record for third most weeks atop the chart, with his album Take Care, which spent 16 weeks at No. 1 after its Nov. 15, 2011 release. As of last week, Pop Smoke's smash album Shoot for the Stars Aim for the Moon is in second place for most weeks spent in the No. 1 spot on Billboard's top R&B/hip-hop albums chart, trailing behind MC Hammer's 29-week reign in 1990, with his album Please Hammer Don't Hurt 'Em.

The "For the Night" hitmaker was shot and killed on Feb. 19 2020 during an alleged home invasion in the wee hours of the night. Since his tragic death, there has been wide speculation that he was targeted in the shooting. In July, five months after he was fatally shot, the Los Angeles County District Attorney's Office announced that four teenagers — and two adults Corey Walker and Keandre Rodgers. The minors could not be identified because they were under 18. The suspects have been charged with robbery and murder. The case is ongoing.

Shortly after news broke that he had been killed, Jackson was honored by several fellow stars including Chance the Rapper, Snoop Dogg, Nicki Minaj, 50 Cent and Quavo.

Nearly one year after his death, the Brooklyn native's brother Obasi Jackson opened up about the grieving pain he was coping with as he continues to mourn the loss of his sibling.

While guesting on the show, Obasi revealed that he and Bashar had one last conversation with their family just days before the star was killed. "Me, my mom and my brother sat in a room for hours, which had not happened in years," he recalled. "That last conversation [showed me that], 'Okay, I know my brother loves me and he knows I definitely love him.' He said he loved me."