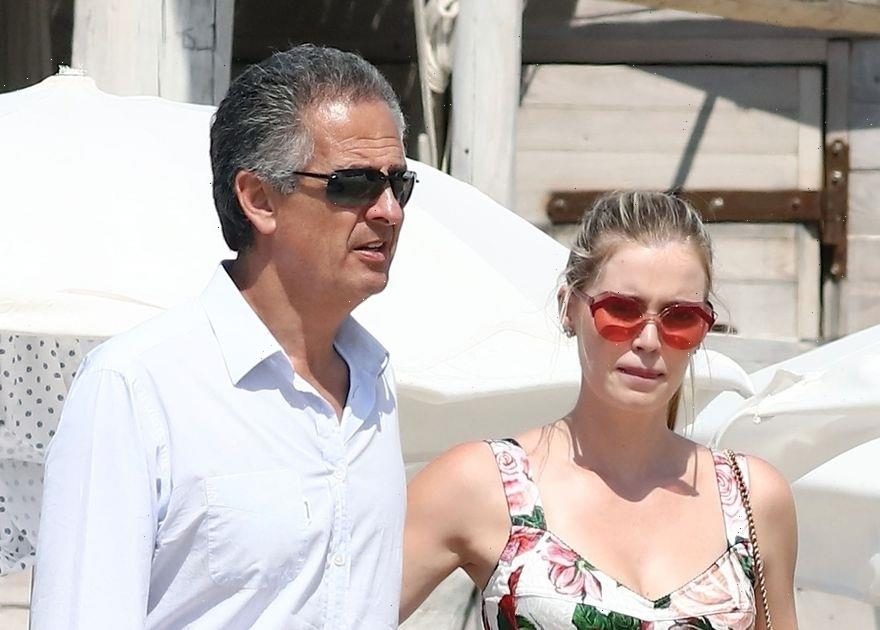 The evening nuptials took place at Villa Aldobrandini in Frascati, which boasts gorgeous views of the capital.

They were also joined by a host of other family and friends to celebrate their marriage.

Lady Kitty, 30, is the daughter of Diana’s brother, Earl Spencer.

Many of the guests were wearing clothing from the Italian fashion house, Dolce and Gabanna, in a nod to the idyllic wedding location.

It is also believed Lady Kitty’s dress was made by the famous label, for whom she is a brand ambassador.

She has kept followers on social media updated with wedding prep in recent weeks ahead of her big day.

Kitty shared a snap of herself taking in the Piazza del Duomo on the morning of the ceremony.

In the photo, Lady Kitty wore a black-and-white polka dot dress, made by Dolce and Gabanna.

She also posted snaps from her glam hen-do, which took place in Florence earlier this week.

News the pair were an item broke back in 2018 and the pair announced their engagement in late 2019.

They are believed to have been introduced by former Defence Secretary, Liam Fox.

Lewis’ three sons from his marriage to Leola Lewis have reportedly formed a close bond with Lady Kitty.