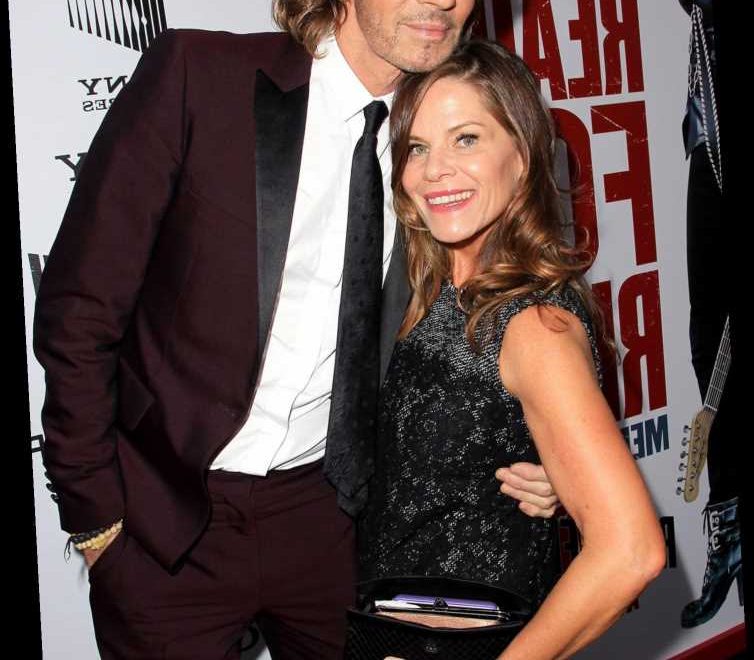 When the coronavirus pandemic sent the world into lockdown last March, Rick Springfield says a friend of his asked him: "What do you think there's going to be more of during this, babies or divorces?"

It was a question that stuck with the singer, who has seen several of his friends get divorced over the course of the year. But he never had any doubts about his own relationship with his wife of 36 years, Barbara Porter.

"We really like each other," Springfield tells PEOPLE. "I certainly found that out in the lockdown. We love hanging out and still have a lot of the same interests. It's been actually probably the deepest thing for me personally, in this whole lockdown. I was lucky enough to get a good one."

During the lockdown, Springfield, 71, says that he and Porter, 58, have been keeping busy, or rather getting busy, with "lots of sex."

"That's about it," Springfield says with a laugh, adding, "We played Monopoly the other day with the guy that works at my studio and that was a trip. I haven't done that in 40 years, and it was hilarious. We had a blast. I never had time for stuff like that before." As to the key to their lasting marriage, Springfield says it's "always being open to talk or talk with someone."

"When you've been together that long, there are giant ups and downs," he says. "The most important thing is you both want it. If you both want it, you've got to work for it and it sometimes takes a third person to help you through issues. We were lucky enough to have a couple of great people that helped us through some dark moments."

"I've known couples that the wife wanted to go to therapy and the husband didn't or vice versa," he continues. "That's pretty much a ticket to destruction if one's willing to work on a relationship and the other one isn't. We've both always been on that same track."

Want to get the biggest stories from PEOPLE every weekday? Subscribe to our new podcast, PEOPLE Every Day, to get the essential celebrity, entertainment and human interest news stories Monday through Friday. Get a taste of the podcast below.

Springfield first met Porter briefly in the late '70s while working on an album in Los Angeles at Sound City recording studios, where Porter worked.

"The English manager brought Barbara in and introduced her to everybody," he says. "She was only 15 at the time and looked like a mini Brigitte Bardot. I said, 'Too young.' I just thought she was cute, and that was it."

A few years later, when Springfield started writing and recording his 1981 album Working Class Dog at Sound City, they were brought back together.

"I eventually split up with my girlfriend and by the time I did, she was 18," he says. "I'd always thought about her because she worked in the office at Sound City. I called her up on one brave moment and asked her out." Porter was by Springfield's side as Working Class Dog took his career to new heights. As the song "Jessie's Girl" — which earned Springfield his first Grammy award and No. 1 in the U.S. — gained popularity, people started questioning whether Porter was the girl who inspired the hit.

"She got asked about it a lot, certainly at the studio because there was a great buzz around the studio when I recorded the song," he says. "But she'd say, 'No, it's not me. I didn't know him back then.'"

"Jessie's Girl," as it turns out, was the girlfriend of a classmate of Springfield's. Prior to releasing Working Class Dog, Springfield had doubts about whether he could make it big in music and decided to take stained glass classes to see if he could make a career out of the art.

"I had the bizarre, wild idea of supporting my future family with my stained glass mastery, and I saw a girl there," he says. "I didn't really meet her because she had a boyfriend, and she was not interested at all in talking to me."

"It was very much unrequited lust," he adds. "I went home one day and picked up my guitar and wrote a song about it." When Springfield hears "Jessie's Girl" played today, he says it's like "having one of your kids be really successful."

"It's weird walking past bars, when we could walk past bars, and hear it being played by a band," he says. "There's been a lot of different versions of it." Along with Porter, Springfield also had his dog, Ronnie, by his side all throughout his Working Class Dog era. Then a fledgling heartthrob thanks to his stint on General Hospital, Springfield got heat from his record label when he said he wanted to put Ronnie on the album's cover.

"He is much more handsome," Springfield says. "I had a bit of a battle. The record company thought I was joking when I said I wanted my dog on the cover instead of me because of the show. They couldn't figure out if I was for real or not."

Springfield was so serious about it that he went out himself to buy the button-down shirt and tie for Ronnie to wear for the cover shot.

"I measured his neck, and it was 18 inches so I had to go into a big and tall store," he says. "There were stores back then for guys who were, basically, big and tall and couldn't fit into normal clothes. I went in there and got a shirt and I said, 'I want an 18 inch neck shirt.' He said, 'What size sleeves?' I said, 'It doesn't matter.' He said, 'No, no. I need to know sleeve length. That'll help me.' I said, 'It's for my dog.' That was about as far as the conversation went. He just went and got a short sleeve shirt, and that was the one we put on my boy." After taking the shot of Ronnie, whom Springfield took in after an ex-girlfriend of his found him in a library parking lot in Glendale, California, the musician showed a mock-up of the cover to his record label — and surprisingly, they loved it.

"You usually can't sway a record company if they've got their minds set," Springfield says. "They went for it. At one point, they actually flipped the cover and put my photo on the front and everybody complained saying, 'No, no, no, it's a great cover. Go back to the dog.'" During this time, Springfield says Ronnie became just as famous as he was.

"I'd be driving down the street, and we'd both get recognized," he says. "It was really very cool. Actually, my money guy at the time said, 'You got to insure this dog in case somebody steals him.' That freaked me out so we insured Ronnie for a little while until we realized that probably wasn't going to happen."

"It was really life before and life after," he adds. "Everything changed. I was playing in bands since I was 15, and it took 15 years to really hit anything, and you aim for something like that." While there was a lot of happiness during the success of Working Class Dog, a tragedy struck two months after its release: the death of Springfield's father, Norman.

"It was really hard," Springfield says. "I was learning the yin and yang of life. Life is never all great or all terrible. It's usually a combination of both. It was very hard. I stuffed it down to a degree and then finally, three years later, I wrote a song called 'My Father's Chair' as a memorial to my dad."

Springfield has long been open about the low points of his life, including his struggles with depression, and continues to meditate to take care of his mental health.

"In the lockdown, I was really concerned, but I got back into Transcendent Meditation, and that has been incredibly helpful," he says. "You can't be depressed when you are meditating. That's been a great gift for me … [Depression] is something that's a life sentence, and you got to deal with it. I would recommend meditation to everybody. It really helped me a lot."

"It's a whole different feel," he says. "We hooked up with the Santa Monica High School orchestra because I truly believe music is a great healing thing for kids. There were 100 kids on stage with me from 14 to 18 years old, and they're all really focused."

"Math kicked me out of school, but music saved my life," he adds. "The language of music is very, very powerful. I say, 'Keep music and dump math.'"

In addition to marking the 40th anniversary of Working Class Dog with the live stream concert, Springfield will also take time to spend with his wife this Valentine's Day, which also happens to be his late parents' wedding anniversary.

"We do the flowers thing," he says. "My wife loves that romantic element of it."