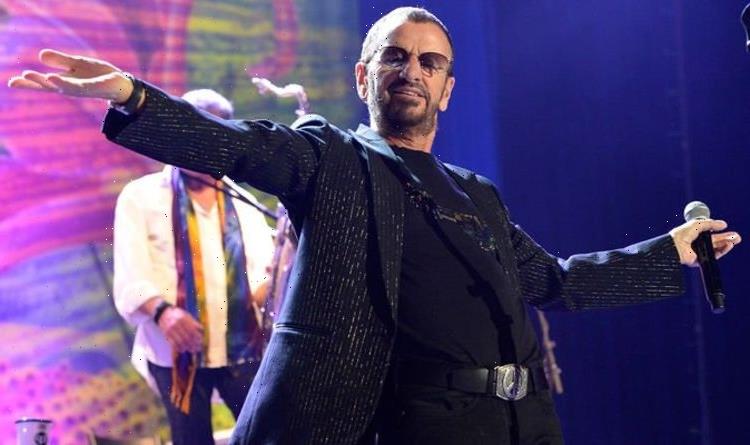 Last week Ringo Starr appeared on Jimmy Kimmel Live to discuss his brand new EP, Change The World. During the conversation, Kimmel brought up The Beatles’ upcoming documentary Get Back, which is being directed by the mind behind the Lord of the Rings trilogy, Peter Jackson.

The Get Back docuseries is comprised of video footage taken in 1969 when The Beatles were recording their final album, Let It Be.

A version of the footage was released in the same year as the album, in 1970, however it focussed on some arguments had within the band, rather than them working together.

Starr told Kimmel: “I had a lot of talks with Peter Jackson because I didn’t actually like the original one [Let It Be] because it was very dark. Not even dark, it was dull.

“It was all about this argument that John and Paul had.”

Starr is likely referring to two arguments within the film.

One of them involved Paul McCartney disagreeing with George Harrison over playing specific sections of their track Maxwell’s Silver Hammer.

Another argument broke out between John Lennon and Harrison over a similar issue.

Harrison later recalled: “They were filming us having a row. It never came to blows, but I thought: ‘What’s the point of this? I’m quite capable of being relatively happy on my own and I’m not able to be happy in this situation. I’m getting out of here.'”

The Beatles: Get Back documentary teased by Peter Jackson

Harrison later quit the band briefly, before returning a few days later to finish the album.

Starr told Kimmel: “Peter was in LA and he was saying [Get Back] was lots of fun it was lots of joy… [and] there was lots of good music, of course.

“It was four guys in a room. Whether it’s up or it’s down or it’s laughter or whatever, it’s better. But it’s six hours long! And two hours a night… put something cosy on.”

Jackson himself spoke out about how different the new documentary will be compared to the previous movie.

Jackson said in July: “There’s probably more conversations with The Beatles in the films than there is actual singing. People won’t be expecting that, I think.

“That sort of intimacy, that fly-on-the-wall aspect of it, where you’re in a time machine and you’ve gone back and you’re a fly on the wall with The Beatles. That will, I think, surprise people, because it is very intimate.

“It’s The Beatles as you’ve never seen them before. And the other thing that I think will surprise people is how funny the films are, which, considering the reputation of this footage and the Let It Be movie, you don’t associate with January 1969, but they’re very funny films.”

Jackson added that, during the footage, the band are all “good friends”.

He continued: “They remain good friends all the way throughout the series.”

The three-part series will be six hours in total and will hit Disney Plus later this year.