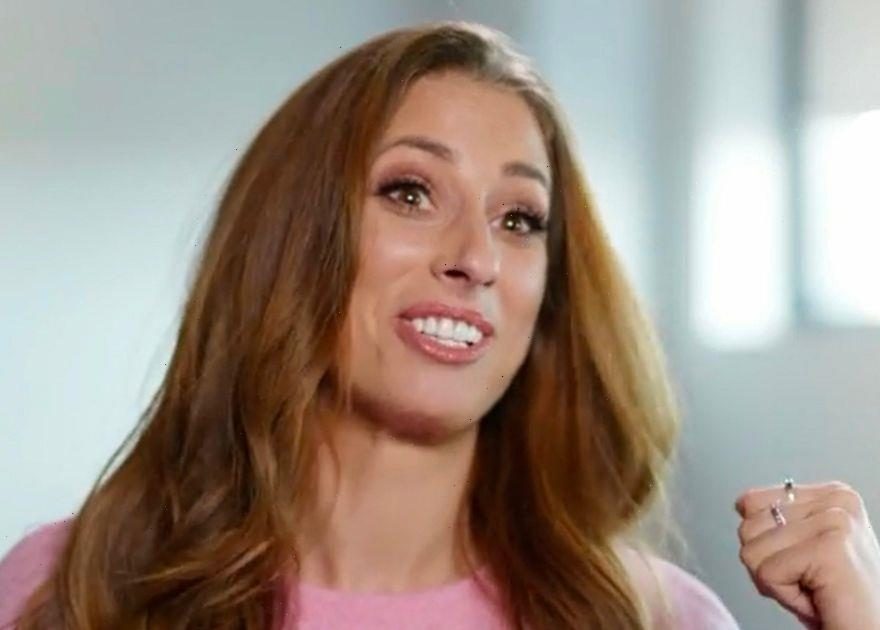 Emotional Stacey Solomon couldn't contain her excitement when she revealed her teenage son had gone on his first-ever date.

The excited mum took to her Instagram story to tell her fans she felt overcome with emotion and teary as she headed to collect Zachary, 13.

Stacey, 32, was seen clutching baby daughter Rose to her chest in the video where she explained that Zachary had taken his love interest ice skating and admitted feeling the outing was "the cutest".

The Loose Women star captioned the post: "Me and Rose have popped out to pick Zacky up from his ice skating date and I could cry.

"It's just the cutest but also so scary how quickly they grew up. Rose was wide awake so I was so excited to be here to pick him up."

Stacey then uploaded an image of a lavish hot chocolate as she admitted running the mum's taxi service wasn't all bad.

She wrote: "Being a taxi driver mum has its perks."

Mum-of-four Stacey shares Zachary with her ex-boyfriend Dean Cox. She was just 17 when he was born.

She then had her second son, Leighton, with ex Aaron Barham before they split in 2014.

Stacey has since had two children – Rex, two, and two-month-old Rose – with fiancé Joe Swash.

Joe, 39, also has a son – 14-year-old Harry – from his previous relationship with Emma Sophocleous.

Stacey and Joe have recently confirmed their new planned wedding date after putting their nuptials on hold due to the Covid-19 pandemic and her pregnancy.

Appearing on the Loose Women's Christmas Special – which airs on Christmas Eve – Stacey and Joe confirm their plans when prompted by her panellist colleagues.

Stacey said: "Get your hat out, Ruth. Yes, we would love… if all goes well… because Covid’s still massive and you never know what’s around the corner, but we would love to get married in July next year, we really would. It will be so nice to have the boys and Rose there."