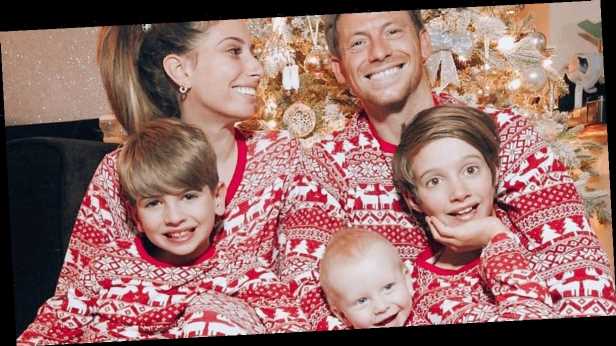 Ordinarily, the 31-year-old would often share and document on a daily basis, including nifty hacks, everyday family life and not to mention her trademark, Tap To Tidy.

It is unusual that Stacey had not shared one picture or video of her children possibly ravishing open presents, delving into a delicious festive food or the star herself lapping up one her favourite chocolate Dame bars.

Throughout the entirety of Christmas Day, Stacey's account remained silent, with her last Instagram post being the gleeful news that she and long-term boyfriend Joe, 38, were now engaged.

On Thursday, Stacey admitted that she couldn't stop herself from crying after the I'm A Celebrity… star had popped the big question.

It was reported that the Dancing On Ice champion, plotted a woodland proposal with all the children involved too.

The former Eastenders actor got down on one knee taking the former X Factor singer completely by surprise.

Stacey, who describes herself as mum to three little pickles, could barely contain her excitement or fight back her tears as she took to Instagram to show off her gigantic rock.

Appearing as though she was still teary-eyed and overwhelmed she held up the diamond encrusted ring for all to see.

She explained: "My hand is still shaking and every time I touch something and look down I remember and cry."

The television babe later added: "It's been the weirdest day ever. Thank you so much for all your lovely messages."

A happy Joe interjected: "She's my fiancé!" and kissed her on the head."

Detailing the proposal, Stacey went on: "Happy Christmas Eve. For anyone wondering, yep I was wearing a Norm jumper, reindeer ears and my slippers.

"I thought we were just going for a walk in the park but… I love you all."

Thoughtful Joe had created an intimate setting in the woods opposite their house and was joined by her two sons Zachary, 12, Leighton, eight and their baby Rex, who is one.

Pointing to the spot where the magic had taken place, she continued: "He asked me to marry him and after crying for what felt like a very long time… I said yes"