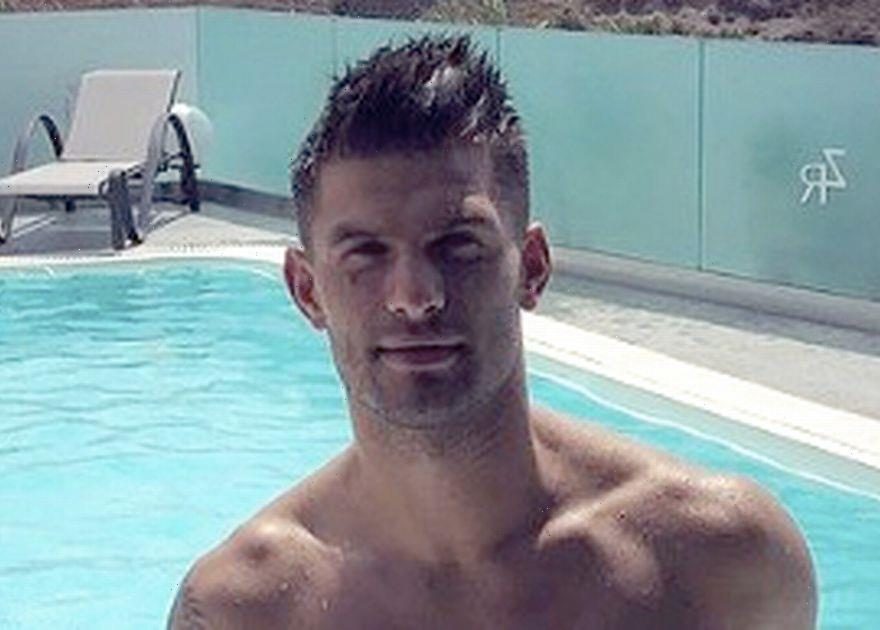 Strictly Come Dancing hunk Aljaz Skorjanec has showed off his rippling abs and bulging biceps in a throwback holiday photo.

The 32-year-old recently quit the BBC show after nine years as a professional, while his wife Janette Manrara stepped back from it last year to host spin-off It Takes Two.

And it looks like Slovenian pro Aljaz is looking forward to the summer after posting a throwback poolside picture from Santorini Island.

The star wore a pair of dark blue swimming shorts and let his chiselled torso and sharp features do the rest.

Aljaz wrote in the caption: "Can't wait to get back to the pools and not breathing to take photos. This popped up as a memory. Not touching pasta 'til Christmas."

His 545,000 followers lapped up the shirtless display, with more than 13,000 hitting the like button.

Gorka's fiancé and Aljaz's former Strictly partner Gemma Atkinson told him: "Flawless with or without the pasta!"

One fan said: "Sent from heaven."

And another added: "Gorgeous man."

Aljaz's flesh-flashing comes just days after he posted a topless photo of his wife Janette.

The 38-year-old Miami native wore just a pair of pink bikini bottoms and covered her chest with her arms, while her ocean-soaked hair tumbled down her back.

Enamoured Aljaz captioned the snap: "Looking for a mermaid? I found mine," adding a heart-eye emoji.

He shared a series of images from his time on the BBC show and revealed the news in the caption.

The fan-favourite said: "A little while ago I made the tough decision that Strictly 2021 would be my last. The show has given me an opportunity and freedom to create and express myself in front of millions of people every weekend for the last nine years. The love and support I got from the team of producers was second to none … I am forever grateful to them!"

He went on: "Thank you, the people that watch Strictly who have been so kind to me all these years. Every comment, vote, kind message never went unnoticed. You are the reason we all do it, thank you!

"I have lots of exciting stuff planned that I will fill you in on soon. I can't wait to see what the future holds!"