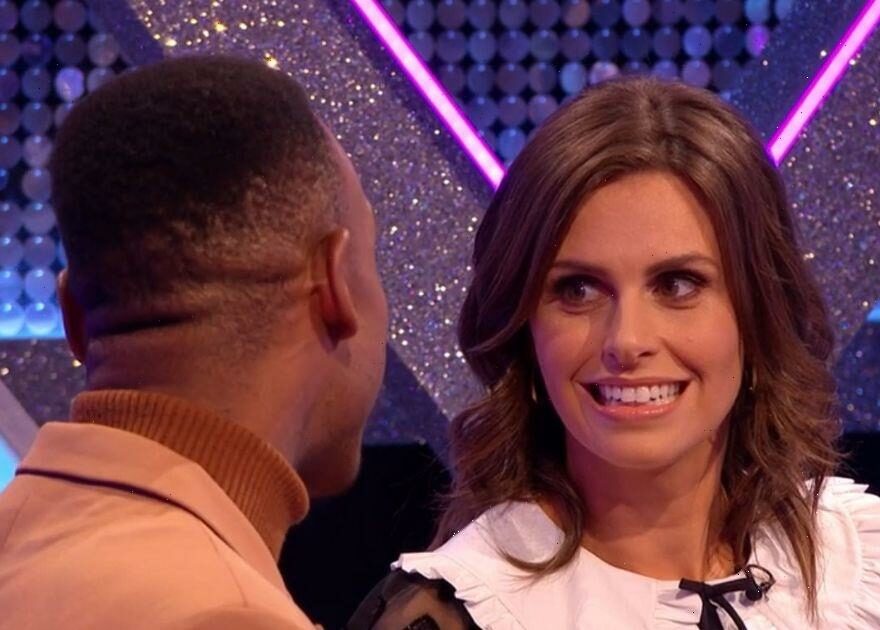 Strictly Come Dancing recruit Ellie Taylor has opened up about the secret technical blunder she suffered during her show-stopping performance during Blackpool week.

During Monday’s visit to the BBC studios, Rylan Clark welcomed viewers back onto the ballroom spin-off show It Takes Two as he caught up with celebrity couples Tyler West and Dianne Buswell and Ellie Taylor and Johannes Rabede.

The TV presenter couldn’t help but quiz the stars on how their performances went during Saturday night’s big performance at the Blackpool Tower Ballroom.

READ MORE: Strictly's Shirley Ballas and Giovanni put on a sizzling display as fans beg for shake up

As he welcomed the stand-up comic onto the show with her pro partner, the brunette beauty confessed that all was not quite as smooth as it appeared on the silver screen.

As the dancing duo joined the TV presenter on the infamous purple couch, Ellie explained how the pair befell an awkward technical blunder during their routine.

She told the host: “There was a bit of an audio issue at the beginning of the dance.

“So, us on the floor, we couldn’t hear the cue, so the beginning of the dance didn’t happen as it should have.

“And obviously there’s JoJo and three other very experienced dancers on the show, I obviously thought, ‘If anyone’s done something a bit weird it’s me’,” she joked.

After learning that the technical mishap wasn’t her fault, the comic took a grateful sigh of relief as she gushed over how proud she was of herself and pro dancers for their hard work.

Ellie added: “And when I heard that I actually thought, ‘I’m really proud of how we came out of it’ because it was hard.

“Being live at Blackpool, not knowing where you are or what's happening – I don’t think I've ever been more terrified in my life,” she admitted.

After their difficult routine, the pair found themselves at the bottom of the leaderboard, scoring just 31 points out of a total of 40.

During the show, Rylan revealed how the pair were convinced they would be going home as they expected to find themselves in the dreaded dance-off.

The X Factor star revealed: "I did see you backstage at blackpool and I did say to you, ‘Are you alright’ and you said to me, ‘Yeah but I think this is it, I think this could be it’ – but it wasn’t!"

Ellie chuckled: "I said to JoJo, ‘We’re like a cat, we’ve got nine lives. This is amazing!’"