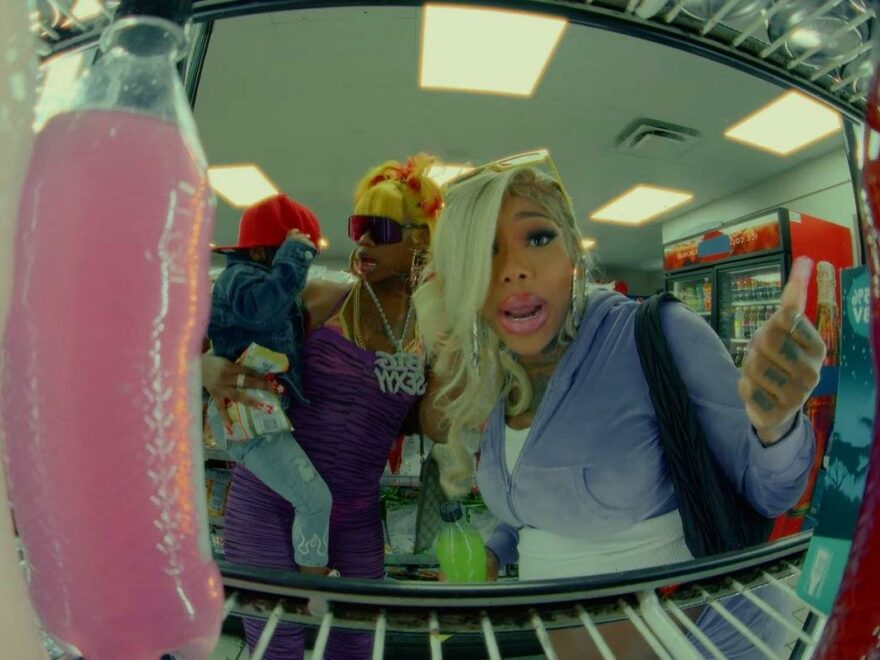 In the music video, the heavily pregnant RnB singer and her collaborator trade verses while showing off their twerking skills at a gas station.

AceShowbiz –Summer Walker may be heavily pregnant, but it doesn’t stop her from making new music. On Tuesday, November 22, the “Still Over It” artist released her very first rap single called on “Sense Dat God Gave You” ft. Sexyy Red.

The track arrived with its music video, which sees Summer and Sexyy Red stopping by a gas station. The two musicians later trade verses while showing off their twerking skills at the forecourt.

Summer promoted the song and the visuals on Instagram. In the accompaniment of the post, she wrote, “I’m NOT a rapper lmao I just wanted to do hood rat stuff with my friend.”

Earlier this month, Summer shared her response after being snubbed by the Recording Academy which got fans questioning the Academy’s choices. “And for the grammys for a 2nd time, the math is literally not mathing,” the “CPR” hitmaker wrote on Instagram Story on November 15, shortly after the Grammys nominations were revealed.

“Atleast the streets fuq with me. Y’all always pack out every show & support everytime I drop so thanks for the love I do receive,” the R&B singer continued, adding a white heart emoji.

In a separate Story, the mom of one also thanked fans for their endless love and support following the snub. “Thanks for all the overflowing love in my dm’s,” so she penned.