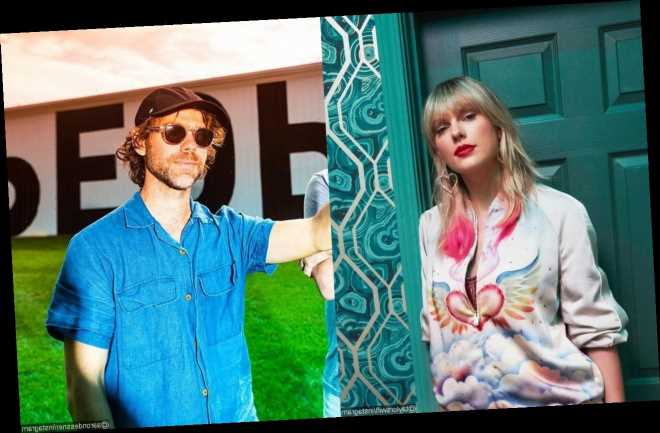 When speaking to Paul McCartney about her collaboration with The National co-founder, the ‘Cardigan’ singer spills the idea began with their conversation during a chance encounter in 2019.

AceShowbiz –Taylor Swift was compelled to write and record her new album “Folklore” following a conversation with The National‘s Aaron Dessner.

The superstar, who unexpectedly released her eighth LP in July, tells Paul McCartney in an interview for Rolling Stone that her collaboration with Dessner came about following a chance encounter in 2019.

“I had met him at a concert a year before, and I had a conversation with him, asking him how he writes. It’s my favourite thing to ask people who I’m a fan of. And he had an interesting answer,” she explains.

“He said, ‘All the band members live in different parts of the world. So I make tracks. And I send them to our lead singer, Matt (Berninger), and he writes the top line.’ I just remember thinking, ‘That is really efficient’,” recalls the ME! singer. “And I kind of stored it in my brain as a future idea for a project.”

When the pandemic hit, Taylor emailed Aaron Dessner and asked, “Do you think you would want to work during this time? Because my brain is all scrambled, and I need to make something, even if we’re just kind of making songs that we don’t know what will happen…”.

“And it turned out he had been writing instrumental tracks to keep from absolutely going crazy during the pandemic as well, so he sends me this file of probably 30 instrumentals, and the first one I opened ended up being a song called Cardigan,” she shares, referring to the first single from “Folklore”.

“It really happened rapid-fire like that. He’d send me a track; he’d make new tracks, add to the folder; I would write the entire top line for a song, and he wouldn’t know what the song would be about, what it was going to be called, where I was going to put the chorus,” she remembers. “I had originally thought, ‘Maybe I’ll make an album in the next year, and put it out in January or something’, but it ended up being done and we put it out in July.”

The experience, she says, has completely altered her view on songwriting, because “there are no rules anymore”. Taylor smiles: “If you take away all the parameters, what do you make? And I guess the answer is ‘Folklore’.”