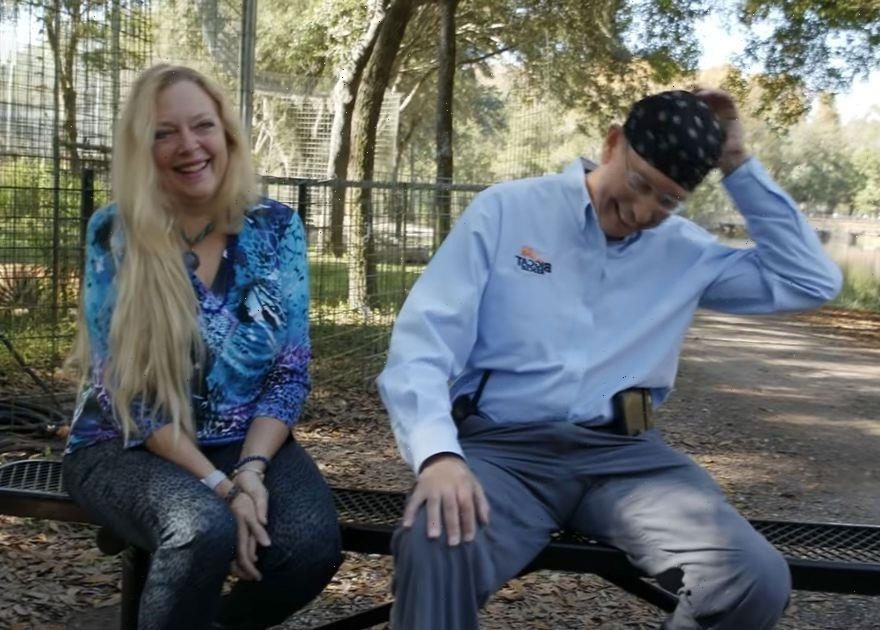 Tiger King star Carol Baskin is reportedly in the process of seeking legal action against Netflix.

The founder of Big Cat Rescue is allegedly suing the online streaming service after claims the producers have used footage of her and her husband Howard in the trailer of Tiger King 2.

Carol and Howard have accused Royal Goode Productions and Netflix of a breach of contract as the streaming service prepares to launch the new series later on this month.

According to Variety, the lawsuit against the powerhouse companies was filed on Monday as the pair claim they only signed appearance release forms for the first series.

Carol and Howard have reportedly requested Royal Goode Productions and Netflix ditch all footage of them from the upcoming series which is set to drop on November 17.

The lawsuit goes on to claim that the first series, which became a huge hit with viewers all over the world, was misleading in its depiction of Big Cat Rescue’s internal operations and unfairly accused the couple of animal abuse.

Carol went on to claim that the first series strongly implicated her for the disappearance of her first husband Don Lewis in 1997.

Netflix declined to comment when approached by Daily Star.

During the global pandemic, the hit documentary was watched by millions of viewers across the globe who followed the dramatic story of the hatred between Carol Baskin and Joe Exotic, whose real name is Joseph Maldonado-Passage.

Fans who have been following the show will know that the showman and owner of the Greater Wynnewood Exotic Animal Park in Oklahoma was arrested after claims the TV star hired two men to kill Carol.

Just one year later Joe was found guilty of multiple charges of animal abuse in addition to two counts of attempted murder and was sentenced to a 22-year prison sentence in Fort Worth, Texas.