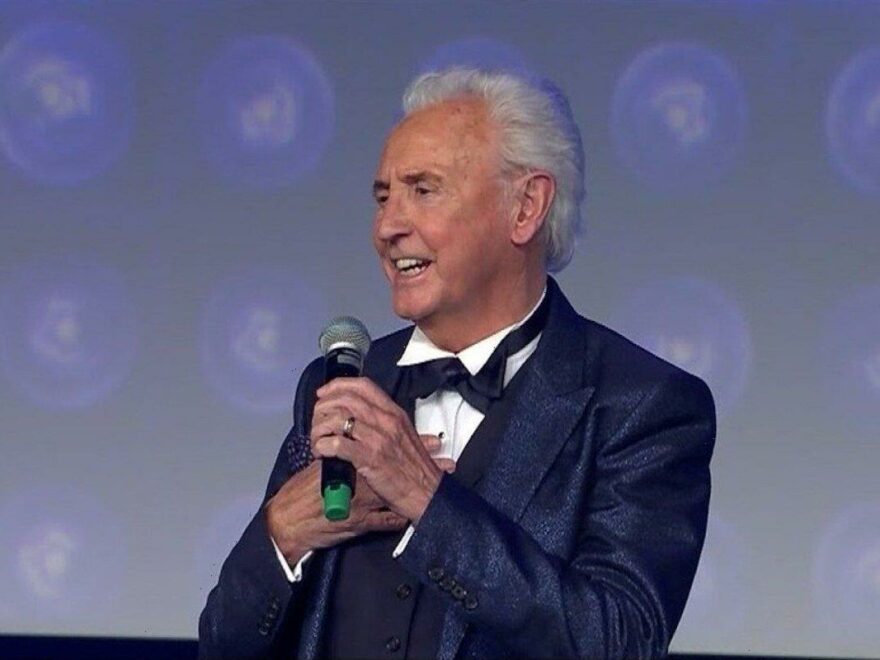 In a new interview, the ‘(Is This the Way to) Amarillo’ singer dishes on his battle with dementia and explains why he refuses to retire despite his health condition.

AceShowbiz –Tony Christie opened up about his dementia diagnosis. The 79-year-old singer was diagnosed with the degenerative condition last year after noticing he was having problems with his memory, but medication has so far been able to slow the progression of the disease.

“I said to my wife, ‘I don’t know what’s wrong with me, I’m starting to forget people’s names and things.’ She said, ‘Let’s go and see a specialist,’ ” he said when appearing on “Steph’s Packed Lunch” on Thursday, January 12, 2023.

“I had all the tests and they said it’s an early start of dementia. They started me on these tablets which slowed it right down and it’s really slowed it down, he added before pointing to wife Sue in the audience and joking, “I can’t remember her name now.”

The “(Is This the Way to) Amarillo” hitmaker now has an autocue with his lyrics on when he’s performing because it makes him feel “safe” though he doesn’t need to use it “very often.” He added, “I have to have a TV screen on stage with me with the lyrics. I don’t very often use it. It’s there just to make me feel safe.”

Despite his diagnosis, Tony – who released his first album in 1971 – has no plans to stop working. He said, “I’m looking forward to working. I love working. My grandad used to say, ‘You retire, you die’ and I just said I’m not going to die. I’m going to carry on and carry on … I feel good. I can carry on forever, that’s how I feel.”

The veteran performer admitted in 2019 he was worried about the possibility of having dementia. He said, “I’ve noticed for a few years now that my memory has been getting worse, which is a serious concern especially as there’s history of dementia in my family.”