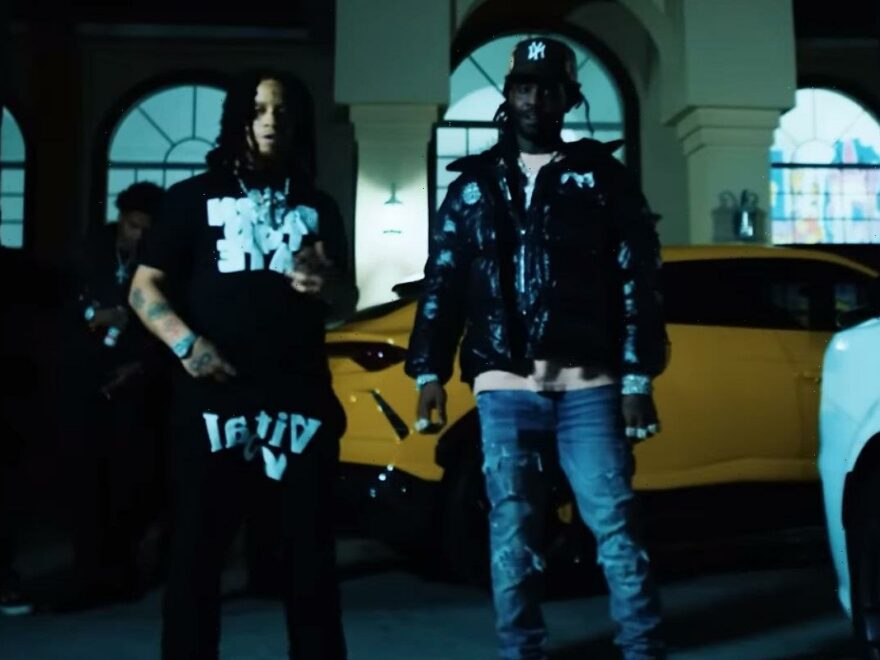 Aside from ‘ATLANTIS’, the Ohio rapper’s fifth studio album boasts other 24 songs and features guest appearances from the likes of Future, Lil Baby, Juice WRLD and Travis Scott among others.

The Nolan Riddle-directed clip finds Trippie, born Michael Lamar White II, delivering his bars underneath dark skies. The 23-year-old then joins his collaborator rapping his own verse in a room full of graffiti.

“Chillin’ in a mansion/ Crib with expansion/ All my diamonds dancin’ (Yeah), my crib look like Atlantis/ Pull up outstandin’, know we livin’ lavish,” Trippie spits in the opening. “I cannot panic, went and bought a Patek/ Up like a spaceship, you up like a attic/ Up my race, like I’m off a Addy.”

Chief, meanwhile, offers steamy lines. “My lil’ b***h got wet, wet, my other b***h got wetter/ Put my watch next to that p***y to see which one was wetter/ Let off fifty, that’s a massacre, let off fifty then skrrt/ Way before I was a soldier, I was puttin’ in leg work.”

“MANSION MUSIK” is a follow-up to Trippie’s 2021 album, “Trip at Knight”. The complete edition of the record contains “Betrayal” ft. Drake, “Holy Smokes” ft. Lil Uzi Vert as well as “Danny Phantom” with the late XXXTentacion.